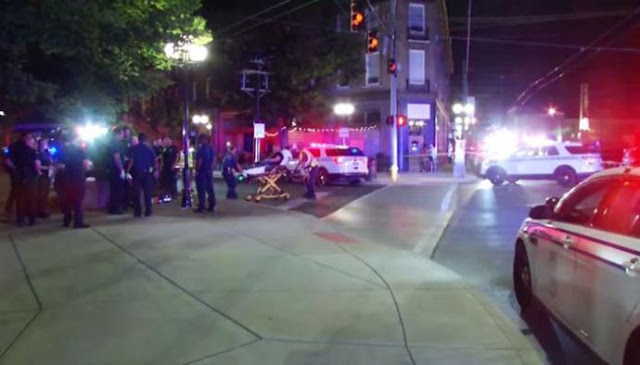 Nine people were killed and at least 26 others were injured early Sunday in a mass shooting in Dayton, Ohio, hours after another incident in El Paso, Texas, claimed the lives of 20 victims.

Dayton police said the shooting occurred at 1 a.m. in the city's historic Oregon District. WHIO in Dayton reported that it happened near a bar on East Fifth Street.

Officials said the shooter, who has not been identified, was killed by officers, The Associated Press noted, adding that that police do not yet know the motive.

Whaley said the shooter was “neutralized” in “less than one minute.”

“If the Dayton police had not gotten to the shooter in under a minute, hundreds of people in the Oregon District would be dead today,” she said.

The police department tweeted that officers were "in the immediate vicinity" and were able to "put an end" to the incident "quickly."

“This is extremely unusual, obviously, for any community, let alone Dayton,” Lt. Col. Matt Carper told reporters, according to the AP. “In our Oregon District, this is unheard of.”

She added in a tweet Sunday morning that she was "heartbroken."

“Thank you to our first responders for all that you’ve done. We will share updates as we have more information,” she tweeted.

On Saturday, at least 20 people were killed and 26 more injured in another mass shooting at a Walmart near a mall in El Paso.

One person — said to be an 18-year-old man — was taken into custody.

A manifesto was reportedly posted online by the shooter was filled with racist and hate-filled speech about the rate of immigration in America and Texas and linked such issues to elites in both the Democratic and Republican parties.

President Trump in a tweet early Sunday said the El Paso shooting was an act of "cowardice."

"The FBI, local and state law enforcement are working together in El Paso and in Dayton, Ohio," he tweeted later Sunday morning. "Information is rapidly being accumulated in Dayton. Much has already be learned in El Paso. Law enforcement was very rapid in both instances. Updates will be given throughout the day!"

Three people were killed in a shooting one week ago at a popular garlic festival in Gilroy, Calif.