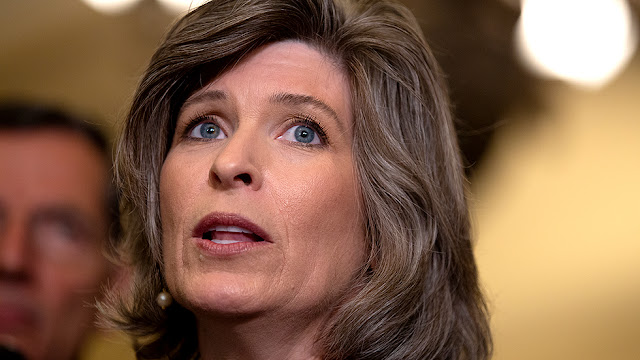 Ernst was pressed by reporters about Trump’s tweets from the weekend when she walked into a weekly leadership meeting in Senate Majority Leader Mitch McConnell’s (R-Ky.) office.

Asked if she thought Trump’s comments were specifically racist, Ernst acknowledged, “Yeah, I do.”

She reiterated that view when asked on another occasion by a CNN reporter if she found Trump’s comments racist.

Of that group, only Omar, a native of Somalia, was born outside the United States.

Ernst also called the comments “not constructive” and “not helpful.”

Like other Republicans, she said Trump should focus on policies instead of personal attacks.

“Let’s focus on policies and we can debate those policies because I personally think the GOP has a stronger platform to talk about. That’s what we should be focusing on,” she said.

Ernst, a first-term member of the Senate, is up for reelection next year and Democrats think they have a shot of defeating her if Trump underperforms expectations.

She has distanced herself from Trump on other occasions, such as earlier this year when she warned Trump not to trust North Korean leader Kim Jong Un or when she has criticized his tariff policy.

Ernst said Monday that she had not spoken to Trump about his tweets.