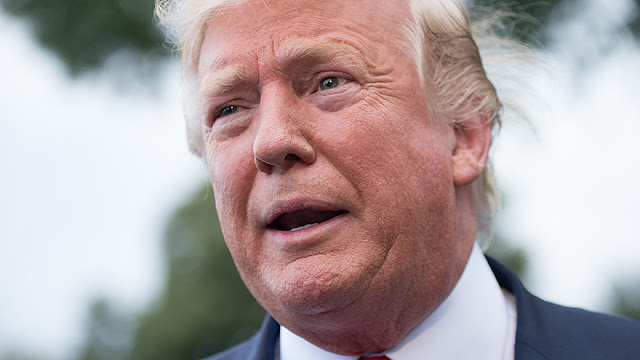 "I think it’s a deal that will get through," National Economic Council Director Larry Kudlow told reporters. "I think people are signing on -- Democrats and Republicans. It isn’t everything we hoped for, but it got through the debt ceiling. That’s so important."

Kudlow argued the deal benefited the White House and its allies by keeping out poison-pill legislative riders that could be used to thwart the president's agenda.

He also downplayed concern that the deal will further balloon the deficit, saying the agreement contains "very modest" spending increases and suggested Trump would focus more intensely on trimming deficits if he's elected for a second term.

Still, Kudlow and acting Office of Management and Budget Director Ross Vought acknowledged that the need to increase the debt limit forced some concessions that will frustrate some of Trump's congressional allies.

"It's a pretty good deal under the circumstances," Kudlow said.

Trump tweeted Monday evening that a two-year budget deal had been struck with the top Republicans and Democrats in each chamber of Congress. The agreement would also suspend the debt ceiling until July 2021.

The deal would raise federal spending by $320 billion over existing funding caps, and includes $77 billion in cuts or revenue-raisers to help pay for the agreement.

Pelosi urged colleagues in a letter Tuesday to back the agreement.

Vought, appearing Tuesday morning on "America's Newsroom" on Fox News, said the deal would be a tough sell with conservative lawmakers, some of whom had already voiced their displeasure after Trump announced the agreement.

"I love the concern of the conservatives who are bringing attention to the problems that we have with fiscal responsibility in this town," Vought said.

He repeatedly stressed that the exclusion of poison pills and the debt limit increase would free up Trump to enact his agenda and would take away potential leverage from Pelosi in future negotiations.

The agreement has received little support among fiscal hawks in Congress.

Rep. Mark Walker (R-N.C.), a member of GOP leadership, reacted to news of the agreement by tweeting an image from "The Dark Knight" of the Joker standing next to a burning pile of money.

"The debt ceiling is here again. Our credit card is maxed out," he added in a subsequent tweet. "What this budget deal does is ask the credit card company for another $320 billion in credit NOW for the chance to get paid back $75 billion in a decade. No bank would take that. American taxpayers shouldn’t either."

Rep. Mike Johnson (R-La.) said in a statement that the spending deal "fails to meet reasonable goals" set out by the Republican Study Committee, the largest GOP caucus on Capitol Hill, to maintain fiscal responsibility.

"While conservatives can appreciate the agreement’s restrictions on poison-pill riders, the price alone is far outside of what Congress should be allocating," he said.

The pushback among conservatives increase the odds that the spending deal will need to pass the House on the strength of Democratic votes.

Vought, asked on Fox News if he believed the deal would pass Congress, was non-committal.

"Look, I’m not the whip count in the House," he said. "We’ve put forward the deal, but Congress needs to get it done this week. We’ll see how it goes."