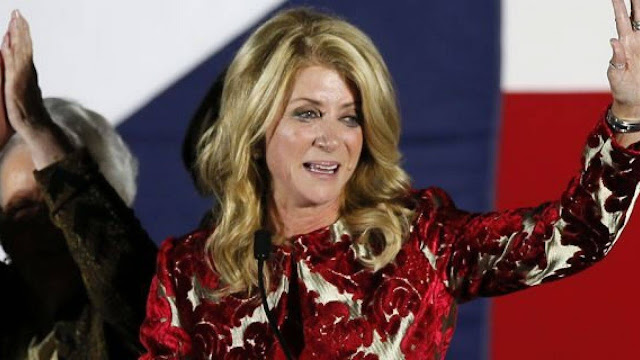 Before there was Beto O’Rourke there was Wendy Davis, the great Democratic hope who just might finally turn Texas blue. One big difference between the two Democrats is that O’Rourke actually came close to winning: He lost his Senate race by 2.6 points in the 2018 Democratic wave, while Davis lost her gubernatorial race by 20 points in the 2014 Republican wave.

Davis is hoping for better luck in 2020: She announced today she’s running for a House seat held by Republican freshman Chip Roy, who won a politically diverse district that stretches from deep-blue Austin to the purple suburbs of San Antonio by just 2.6 points in 2018.

“I’m running for Congress because people’s voices are still being silenced,” Davis said in a video announcing her 2020 bid. “I’m running for our children and grandchildren, so they can live and love and fight for change themselves.”

Davis became a star overnight in June 2013 after she spoke for 13 hours straight during a failed attempt to block a bill that would ban elective late-term abortions and establish new health and safety regulations for abortion facilities.

Following her failed filibuster, Davis received fawning coverage from much of the mainstream media. Many journalists were more interested in asking Davis about the pink running shoes she wore during her speech than the substance of the abortion bill she was opposing.

Davis’s defense of elective late-term abortion came just one month after Philadelphia abortionist Kermit Gosnell was convicted on three counts of murder for killing viable human infants outside, rather than inside, the womb. When Davis was asked in August 2013 to explain the difference between the illegal Gosnell slayings and the elective late-term abortions she wanted to keep legal, she told me: “I don’t know what happened in the Gosnell case.”

Davis added: “But I do know that it happened in an ambulatory surgical center. And in Texas changing our clinics to that standard obviously isn’t going to make a difference.” As Kirsten Powers pointed out in a column titled, “On Abortion, Wendy Davis Doesn’t Know What She’s Talking About,” the Pennsylvania grand jury report concluded that: “The abhorrent conditions and practices inside Gosnell’s clinic [were] directly attributable to the Pennsylvania Health Department’s refusal to treat abortion clinics as ambulatory surgical facilities.”