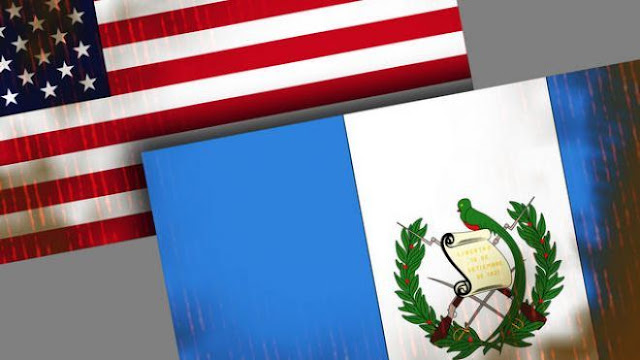 The U.S. and Guatemala are still negotiating a deal to establish a "safe third country" agreement, despite President Trump's announcement on Friday that Guatemala had agreed to take in more asylum-seekers from other Central American nations.

According to a memo obtained by BuzzFeed News, a Department of Homeland Security (DHS) official said the U.S. is "working closely" with Guatemala on the agreement's rollout, which includes “a phased implementation relying upon a mutual understanding and agreement of the number of people who might seek protection in Guatemala and what volume of protection seekers the Guatemalan system could process.”

The briefing memo reportedly indicated that during his trip to the Central American country, acting Department of Homeland Security Secretary Kevin McAleenan plans to press Guatemalan President Jimmy Morales on his plans to implement the agreement.

One of the talking points for the memo reads “Has Guatemala taken any steps to create the Guatemalan implementation plan?" according to BuzzFeed.

The briefing memo also reportedly suggests that McAleenan should push for help to ensure that the two countries collaborate to implement a “phased approach to the transfer of migrants."

The next step, according to the memo, is the “terms of the implementation plan” in order to enact the agreement, according to BuzzFeed.

According to the memo, DHS officials also reportedly recognize that the agreement would need to be ratified by the Guatemalan Congress. The country’s Constitutional Court has previously blocked any similar deals with the U.S.

The arrangement, which would require migrants traveling through Guatemala to apply for asylum there before continuing on toward the United States, has sparked protests in Guatemala.

Trump said Friday that a deal with Guatemala had been reached. At the time, McAleenan and Guatemalan Minister of Interior Enrique Degenhart said the two sides remained at the negotiating table.

The president has put pressure on Mexico and Guatemala — the transit countries for Salvadoran and Honduran migrants — to act as buffers for asylum-seekers in an effort to cut down the number of migrants crossing the U.S. southern border.

The White House and DHS did not immediately respond to requests for comment on BuzzFeed's report.