US economy slows to 2.1 percent growth in second quarter 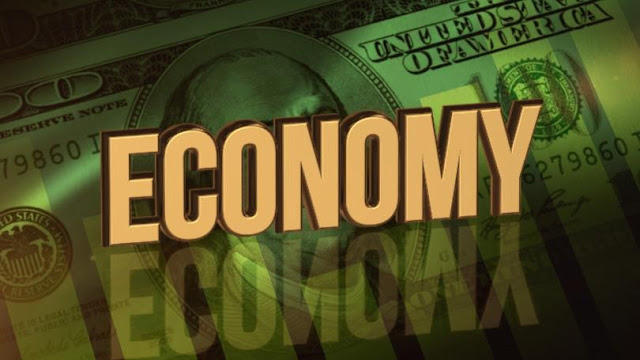 Economic growth in the U.S. slowed in the second quarter of 2019 after a torrid start to the year, according to data released Friday by the Commerce Department.

U.S. gross domestic product (GDP) grew at an annualized rate of 2.1 percent between April and June, in line with expectations but well below the 3.1 percent growth-rate notched in the first three months of 2019.

The report showed signs of resilience for the U.S. economy as it stretches a record decade of expansion toward the 2020 presidential election. President Trump’s reelection chances could largely depend on the strength of the economy and if he succeeds in taking credit for it.

While steady growth and near-record joblessness bode well for Trump now, the mounting damage from his trade policy and other international obstacles pose unmistakable threats.

Surges in consumer spending and government spending carried the U.S in the second quarter while the business sector braced for a souring global forecast.

Consumer spending, which makes up roughly 70 percent of the economy, spiked 4.3 percent in the second quarter, rebounding from a 1.1 percent rise in the first quarter. Government spending also rose 5.5 percent in the past three months, likely due to expenditures delayed during the federal shutdown.

But productivity-boosting business investment declined 0.6 percent in the same period, reflecting concern about the long-term health of the U.S. economy.

Economists widely expected growth to slump in the second quarter after previous data showed a global pullback in industrial output and severe threats to the European and Chinese economies.

The uncertain future and rising damage of Trump’s trade wars have also prompted businesses to delay investment and expansion, even with strong U.S demand.

“While manufacturing data have been weaker in the first half of the year than we might desire, recent data point to signs of a possible rebound moving forward, and the labor market remains solid,” said Chad Moutray, chief economist for the National Association of Manufacturers (NAM), in a statement.

“The global economy, however, is generating headwinds that impact this outlook.”

The GDP report poses warnings signs for Trump as top White House officials are scheduled to meet with Chinese counterparts in Shanghai on Tuesday and Wednesday as both nations seek a deal to end their costly trade war.

The U.S. and China have imposed billions of dollars in tariffs on each other for more than a year, raising prices for consumers and costs for businesses in each country.

Renewed trade talks with China will also coincide with the Federal Reserve’s policy meeting, after which the central bank is expected to announce a rate cut.

While Trump has long pressured the Fed to cut rates, a move to do so reflects deepening concern about the health of the economy.

"Today’s data provides more ammunition for those arguing that the Fed should cut interest rates at its next meeting," wrote Josh Bivens, director of research at the left-leaning Economic Policy Institute.

"A growth slowdown is clearly happening, and, the parts of the economy one would have expected to be negatively impacted by previous rate hikes (investment and net exports) are showing clear signs of struggle."