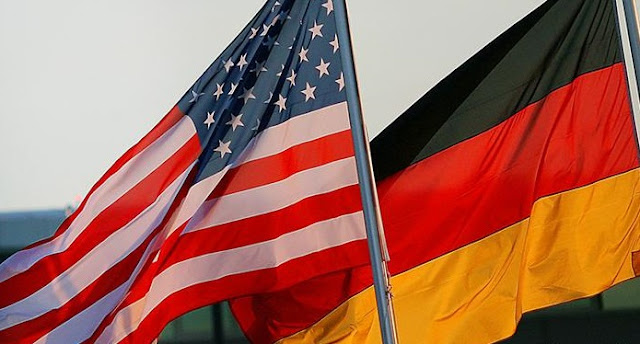 The United States on Tuesday ramped up pressure on Germany to join the U.S.-led endeavor to secure a strategic shipping waterway in the Persian Gulf in the face of rising tensions between Washington and Iran.

The request, reported by Agence France-Presse, follows the United Kingdom’s move last week to increase in its military presence in the region to escort UK-flagged ships in the Strait of Hormuz. That came after Iranian forces seized a British tanker in the strait.

“We've formally asked Germany to join France and the UK to help secure the Strait of Hormuz and combat Iranian aggression,” U.S. embassy spokeswoman Tamara Sternberg-Greller in a statement to AFP.

“Members of the German government have been clear that freedom of navigation should be protected... Our question is, protected by whom?”

Germany has been hesitant to show any military strength in the Gulf. Politicians and officials there are afraid a naval mission could escalate tensions with Iran and potentially start a conflict. Furthermore, military force is anathema to many Germans across the political spectrum due to the country's legacy of Nazism, while President Trump is widely disliked by German voters.

The strain between Washington and Tehran, set off by Trump’s decision last year to withdraw the United States from the 2015 Iran nuclear deal and impose economic sanctions on Tehran, have created a simmering hotbed of tit-for-tat skirmishes in the Gulf.

Iran in June shot down a U.S. surveillance drone that it claimed was flying over Iranian airspace, nearly prompting a retaliatory strike from the Trump administration.

The Trump administration, in turn, then earlier this month said that it shot down an Iranian drone that was within 1,000 yards of a Navy vessel. Iran has denied one of its drones was missing.

The UK has had its own run ins in the region. The British detained an Iranian tanker off of Gibraltar in earlier this month for what it says was a breach of European Union sanctions on Syria.

The U.S. now hopes it can convince ally and partner countries to join a coalition meant to monitor and police the Gulf region’s waterways - known as Operation Sentinel.

The United States isn’t the only country seeking Germany’s military help in the region. The UK sought the help of Berlin as well as France for a separate, British-led mission to defend shipping in the waterways, but the countries have not committed to providing naval forces, the Financial Times reported.

The British have since voiced that any such a mission should include the United States.

A German foreign ministry source told AFP that Washington “recently presented its concept for a maritime surveillance mission ... to a number of allies, including Germany, and asked for contributions.”

“The German government has taken note of this, but not promised to make any contribution.”

They added that German Foreign Minister Heiko Maas has “repeatedly stressed that, in our view, the priority must be to de-escalate tensions and continue with diplomatic efforts,” and that their government “can rule out participation in the American strategy of maximum pressure.”