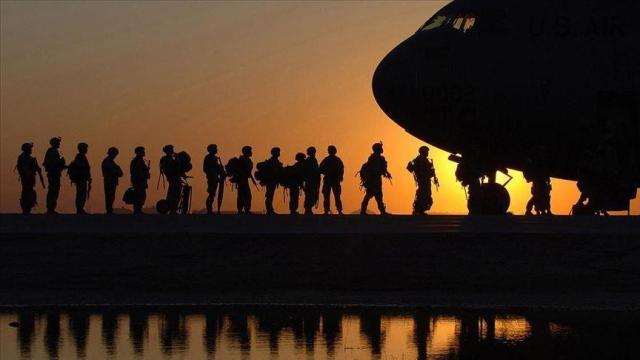 The Pentagon on Friday laid out its plans to mount a multination maritime campaign in the Middle East and send additional troops to the region as tensions with Iran continue to rise.

U.S. Central Command is developing the campaign, dubbed Operation Sentinel, to ensure freedom of navigation “in light of recent events in the Arabian Gulf region,” the Pentagon said.

The campaign’s goal is to deescalate tensions in international waters, specifically focusing on the Arabian Gulf, Strait of Hormuz, the Bab el-Mandeb Strait (BAM) and the Gulf of Oman, the Defense Department said.

“This maritime security framework will enable nations to provide escort to their flagged vessels while taking advantage of the cooperation of participating nations for coordination and enhanced maritime domain awareness and surveillance,” the Defense Department said in a statement.

The Pentagon announced plans to move forward with the operation — which Defense Secretary nominee Mark Esper previewed during a hearing in front of the Senate Armed Services Committee this week — while also confirming that it has begun sending U.S. troops to Saudi Arabia to counter any threat from Iran.

Central Command announced Friday it has authorized the deployment of troops to Saudi Arabia to ensure “our ability to defend our forces and interests in the region from emergent, credible threats.” The deployment is at the invitation of the government in Riyadh, the Pentagon said.

The Pentagon did not specify the number of troops it was sending, but reports surfaced this week that 500 troops would be sent to the kingdom.

Officials underscored plans for the maritime campaign — which will be coordinated with European, Asian and Middle Eastern allies — after a series of confrontations in waterways near the Gulf.

The Iranian Revolutionary Guard Corps declared Friday it had seized a British oil tanker in the Strait of Hormuz. The news came one day after Iran announced it had apprehended another tanker flying under the Panamanian flag last weekend in the same waterway over suspected oil smuggling.

Iranian military action in the Strait of Hormuz, through which passes about a third of all oil traded by sea, has emerged as a key concern for Washington and European allies.

The seizures compounded on an increasingly fraught situation developing in the region, as European leaders scramble to persuade Tehran to roll back recent uranium enrichments that surpassed the limits placed by an Obama-era nuclear deal.

President Trump withdrew the U.S. from the agreement last year, though international observers said Iran had stayed within the deal’s limits until recently.

The uranium enrichment put further stress on an already strained relationship between Washington and Tehran, with Trump warning last week that Iran is “treading on very dangerous territory” and “better be careful.”

The rising tensions have nearly led to major blows between the two countries. Trump told reporters that he authorized, and then aborted, a military response after Iran shot down a U.S. surveillance drone last month. He also announced Thursday that the USS Boxer said it destroyed an Iranian drone Thursday, which Iran denies.

The U.S. has been working with allies to tamp down the pressure in the Middle East, with Trump speaking with French President Emmanuel Macron on Friday to discuss Iran’s nuclear ambitions and “destabilizing behavior in the Middle East.”

The administration has declared openness to negotiating with Iran, with Trump saying he’d like to make a deal with Tehran to address its nuclear program as well as its support for armed groups across the region.

“I agree we do not want war with Iran,” Esper, who previously served as Army secretary in the administration, said at the Senate hearing this week. “We are not seeking war with Iran. We need to get back on the diplomatic channel.”

“At the same time, from the highest levels of government, from the president himself, we have said we will meet anytime, anywhere without precondition to discuss issues with the Iranians to get us on the diplomatic path,” he added.