US and UK remain divided on Iran 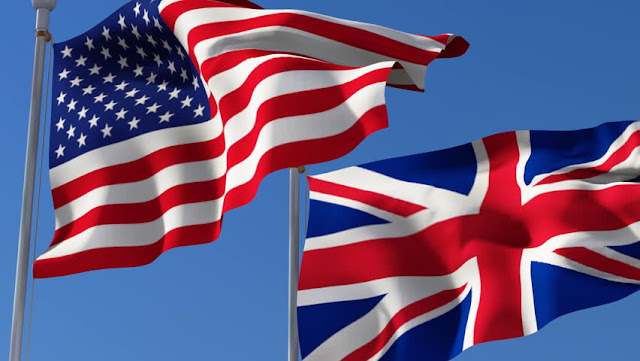 Britain’s refusal to go along with the Trump administration’s fiery approach to recent Iranian aggression has experts and lawmakers concerned about the state of the “special relationship” between two historically close allies.

The United Kingdom on Monday shunned the United States’ call for a multi-nation effort to protect non-Iranian ships in the Persian Gulf, despite the fact that the country had its own oil tanker seized in the region.

The country instead opted for an increase in its military presence in the region, a troubling development to those who have long worked on and tracked the relationship between the two NATO allies.

“It’s a terrible sign that the U.S. and its closest allies can’t work together on something this basic,” said Ilan Goldenberg, a former State Department official who is now a Middle East and Iran expert with Center for a New American Security.

And the U.S. similarly hasn’t seemed too inclined to come to Britain’s aid. Secretary of State Mike Pompeo on Thursday said the responsibility “falls to the United Kingdom to take care of their ships,” during a Fox News interview.

“That says something about where we are in those relationships right now,” Goldenberg said.

Goldenberg, who was in London earlier this week and spoke to U.S. and British government officials firsthand, said there is a fear among allies in partnering with the United States to counter Iranian aggression. The worry, he said, was “of getting dragged into military conflict because of the United States.”

“They’re worried that if they do something like freedom of navigation operation, purportedly to protect British ships, if something goes wrong, there’s a conflict, now they’re being dragged in by the United States,” Goldenberg said.

The Trump administration's "America First" policy also makes allies resistant to back U.S. efforts in Iran because they are unsure the United States would come to their aid in the event of a larger conflict. Indeed, Pompeo also said that while the U.S. military has a role in monitoring activity in the Strait of Hormuz, “the world has a big role in this, too, to keep these sea lanes open.”

The comments come as the Trump administration looks to convince ally and partner countries to join a coalition meant to police the Gulf region’s waterways, known as Operation Sentinel.

The operation is being pushed in the midst of skyrocketing U.S.-Iran tensions caused by President Trump’s decision last year to withdraw the United States from the 2015 Iran nuclear deal, known as the Joint Comprehensive Plan of Action (JCPOA).

Since then, Iran in June shot down a U.S. surveillance drone that it claimed was flying over Iranian airspace, nearly prompting a retaliatory strike from the Trump administration. The U.S. government then earlier this month said that it shot down an Iranian drone that was within 1,000 yards of a Navy vessel, though Iran has denied one of its drones was destroyed.

In addition, the United States has blamed Iran for several attacks on oil tankers in the Gulf.

To prevent further ships from being targeted, the administration has pitched Operation Sentinel to escort vessels transiting through the Persian Gulf, the Strait of Hormuz and the Gulf of Oman, with the U.S. military providing “maritime domain awareness” to the ships of coalition partners doing the patrols.

“While the United States has committed to supporting this initiative, contributions and leadership from regional and international partners will be required to succeed,” according to a U.S. Central Command statement on the operation, released earlier this month.

But countries don’t seem to be taking to the offer.

Then-British Foreign Secretary Jeremy Hunt said Monday that his country “will not be part of the U.S. maximum pressure policy on Iran because we remain committed to preserving the Iran nuclear agreement.”

Hunt on Wednesday rejected a job in the Cabinet of new British Prime Minister Boris Johnson, who officially took office earlier that day.

France and Germany have also balked at any show of military strength in the Gulf. The UK had sought the help of both countries for a British-led mission to defend shipping in the waterways. While the nations have voiced political support for the UK, so far they have not committed to providing the needed naval forces over concerns of escalating tensions, the Financial Times reported.

Newly sworn in Defense Secretary Mark Esper on Wednesday seemed to concede that the U.S. may be going it alone on Operation Sentinel for the time being.

“We will escort our ships to the degree the threat requires it,” Esper told reporters at the Pentagon.

Esper also seemed to downplay the UK’s decision to demur on the U.S.-led operation in favor of a European headed military presence in the Gulf, saying that any such deployments would be “complementary” to the U.S. operation, with the coordinated goal of deterring provocative actions from Iran.

The hesitation to join the U.S. in the naval patrol indicates a growing distance between the U.S. and its allies how to go about addressing Iranian aggression, according to Jon Alterman a global security expert with Center for Strategic and International Studies think-tank.

“In a previous era, uncertainty in the Gulf would cause countries to line up behind the United States,” Alterman said.

But uncertainty about U.S. intentions and doubts that Washington would come to the aid of allies who have been attacked is driving a very different reaction.

“It’s partly fear of being drawn into U.S. action against Iran and partly they fear eliciting an Iranian action as punishment for their association with the United States and getting no American support. That’s a lose-lose situation,” Alterman said.

Goldenberg, meanwhile, said he found it “disturbing” that with such a crisis involving the British, “the instinct is to distance themselves from the United States, even though the United States is the country most capable of protecting these shipping lanes.”

House Foreign Affairs Committee member Adam Kinzinger (R-Ill.) said he’s worried it may signal a divide on how the U.S. and its allies address the Iran situation.

“I do think it sends a bad signal if it’s true, but I hope they’re not making that decision,” Kinzinger said of the UK’s decision to defer on Operation Sentinel. “I think maybe with the new prime minister they’ll rethink that, because the more we can protect each other the better.”

“I hope and trust the new prime minister . . . will take that attitude,” he added.

Goldenberg also said that with Johnson as the UK’s new prime minister, it may cause a change in stance.