Trump's remarks can be demeaning and vindictive, but they are not racist 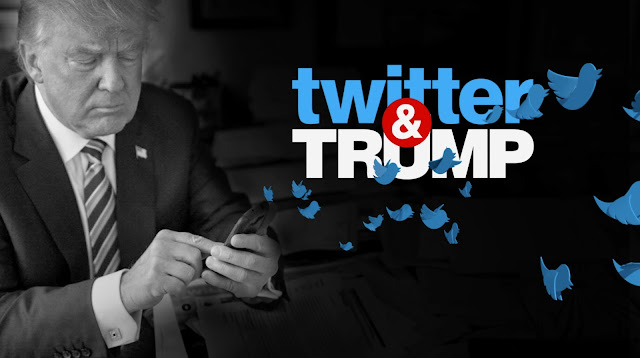 Democrats have erupted over President Trump’s latest vitriolic attacks against four Democratic congresswomen of color, with many in Congress and in the press calling his attacks patently racist. If only it were that simple.

Can Trump be vindictive? Of course. Demeaning to others? Yes. Unusually thin-skinned? That’s plainly obvious. These in themselves are character flaws the president often puts on full display — but in doing so, he also has been an equal opportunity offender.

The list of individuals the president has publicly criticized and insulted spans the gamut; it crosses party lines, gender lines and racial lines. During his 2016 campaign for the presidency, he retaliated against now-Sen. Mitt Romney (R-Utah) by inferring that the former Massachusetts governor begged him for an endorsement in his own presidential campaign against Barack Obama in 2012, saying: “He was begging for my endorsement. I could have said, ‘Mitt, drop to your knees.’ He would have dropped to his knees.”

Obviously angry that his pick for attorney general, former Sen. Jeff Sessions (D-Ala.), recused himself from the inquiry into Russian interference in the U.S. election, Trump had choice words for Sessions; he is quoted by Bob Woodward in his book, “Fear: Trump In The White House,” as referring to Sessions as “mentally retarded” and a “dumb southerner.”

His broadsides do not end there, of course. He has attacked Hillary Clinton and Rosie O’Donnell, tweeting: “Rosie’s a loser. A real loser. I look forward to taking lots of money from my nice fat little Rosie.” He praised and then excoriated his close-ally-turned-nemesis, Omarosa Manigault, tweeting: “When you give a crazed, crying lowlife a break, and give her a job at the White House, I guess it just didn’t work out. Good work by General Kelly for quickly firing that dog!”

The president has insulted foreign leaders and dignitaries, even allies, who chose to criticize him in any way. He infamously removed his former chief of staff, Reince Priebus, from a presidential motorcade, mid-drive — almost literally kicking him to the curb.

Given all of this, is it any surprise that Trump comes out swinging against some of his most vocal (and effective) critics in Congress? Yes, his comments played on their immigrant identities; and, yes, some will use Trump’s comments to fuel their own race-based agendas. But the president insists, in his own words: “I don’t have a racist bone in my body.” That may be a stretch, since we all possess some degree of prejudice, but it is safe to say that being insulted by Donald Trump is not a carve-out uniquely shared by any race, class, religion or gender.

A fact that gets lost in all the reaction to Trump’s bullying tactics is that Trump never was considered a racist during his more than 30 years in public life before becoming president. In fact, Jesse Jackson praised Trump for donating space at 40 Wall Street for Jackson’s Rainbow/PUSH Wall St. Project. Trump supported Jackson’s presidential campaigns in 1984 and 1988. Jackson referred to Trump as “a serious person who is an effective builder of buildings and people … who is willing to face the challenges and opportunities to embrace the underserved.”

Al Sharpton and Trump partnered on several business and community projects throughout the 1980s and 1990s. President Trump was close to Oprah, and Don King, and too many black athletes and entertainers to even name; he traveled and socialized openly with them. He promoted sporting and entertainment showcases with black promoters and entrepreneurs. There is simply no way that Trump could have survived or thrived in liberal New York City over the decades if he did not cultivate close relationships with people of diverse backgrounds.

Does Trump display often immoderate temper? Do his tweets and insults coarsen the political discourse and make some people less likely to trust him and work with him? Of course. Many, both within the GOP and outside it, believe that Trump does himself no great service by going out of his way to create enemies.

But Trump seems to need an opposing force in order to feel vindicated in his own mission. This is simply Trump being Trump. Anyone who has known him during his adult life can attest to the fact that he never leaves an insult or critique unanswered, no matter how slight.

Donald Trump is a man who always wants to win. He cannot tolerate being put in a bad light. When his image is threatened, he often goes on the offensive. He believes this is an effective strategy. In that sense, he is, if nothing else, consistent and transparent.

Yet, reducing his bad behavior to the accusation of racism does a disservice to the debate over whether we should treat each other more civilly in this country. We should. And the president should not be merely a partisan in the politics that divide us; he should be foremost in leading towards a stronger union.