Trump: Tweets 'not at all' racist 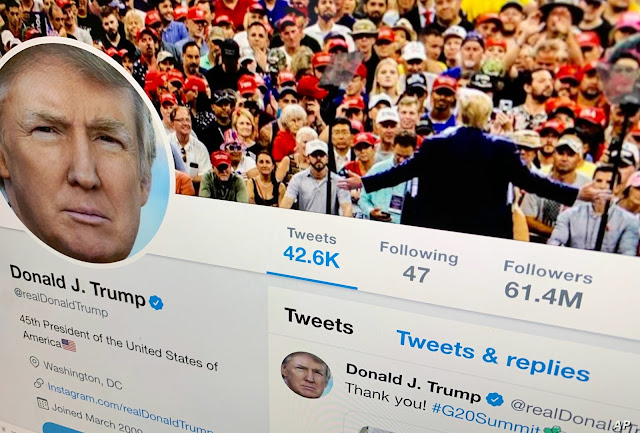 President Trump on Monday denied he was being racist this weekend when he told four Democratic congresswomen of color to “go back” to their home countries, even though they are U.S. citizens.

“Not at all,” Trump told reporters at the White House when asked if his tweets about the lawmakers were racist. “If somebody has a problem with our country, if somebody doesn’t want to be in our country, they should leave.”

Trump declined to specify the members he was targeting, telling reporters “I think you can guess” when asked to name them.

The president’s remarks were aimed at Reps. Alexandria Ocasio-Cortez (D-N.Y.), Rashida Tlaib (D-Mich.), Ayanna Pressley (D-Mass.) and Ilhan Omar (D-Minn.) The first three were all born in the U.S. and the last is a naturalized citizen who was a refugee from Somalia.

Trump cut himself off after engaging in reporters' questions at an event highlighting American-made products, saying “this is really about economic development” and “I’m going to discuss the issues.”

Earlier Monday morning, the president escalated his attacks on the group of progressive Democrats known as "the squad," who have been deeply critical of his hard-line immigration policies.

“When will the Radical Left Congresswomen apologize to our Country, the people of Israel and even to the Office of the President, for the foul language they have used, and the terrible things they have said,” he tweeted.

“If Democrats want to unite around the foul language & racist hatred spewed from the mouths and actions of these very unpopular & unrepresentative Congresswomen, it will be interesting to see how it plays out,” Trump added in another tweet.

The tirade prompted widespread denunciation from Democrats, who plan to introduce a resolution in the House condemning Trump’s “xenophobic tweets.”

A growing number of Republican lawmakers have also criticized the tweets as offensive and inaccurate.
National