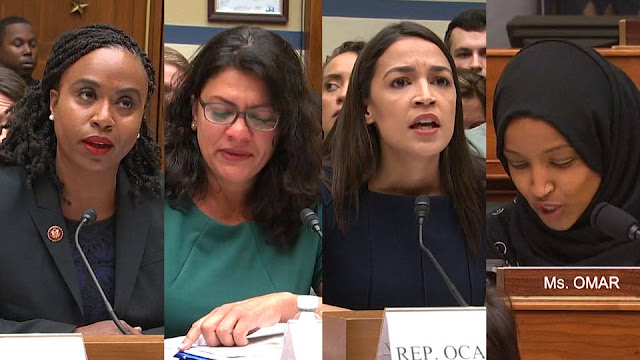 President Trump on Monday insisted “there is no racial tension” with the black community caused by his sustained attacks on four minority Democratic lawmakers, which have been widely condemned as racist.

Asked about the potential backlash from telling the members of Congress to “go back” to where they came from, Trump predicted he would expand his support among black voters in next year’s elections because the economy is performing well.

“There’s no racial tension,” he said. “We have fantastic relationships with the African American community and I think you’ll see that in 2020.”

Trump doubled down on his attacks on Democratic Reps. Ilhan Omar (Minn.), Alexandria Ocasio-Cortez (N.Y.), Rashida Tlaib (Mich.) and Ayanna Pressley (Mass.) when asked why he continues to escalate the feud.

Trump earlier Monday tweeted that the group is “a very Racist group of troublemakers who are young, inexperienced, and not very smart.”