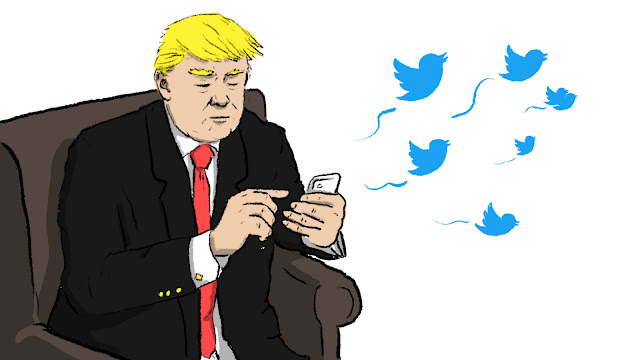 A series of tweets from President Trump on Sunday telling a contingent of progressive congresswomen to “go back” to the “places from which they came” allowed the Democratic Party the chance to present a unified front following a week of internal clashes.

In the tweets, Trump took aim at unnamed "'Progressive' Democrat Congresswomen, who originally came from countries whose governments are a complete and total catastrophe," and called on them to "go back and help fix the totally broken and crime infested places from which they came."

The statements came amid escalating tensions between House Speaker Nancy Pelosi (D-Calif.) and the four Democratic freshman members of Congress targeted by the president, Reps. Alexandria Ocasio-Cortez (D-N.Y.), Ilhan Omar (D-Minn.), Ayanna Pressley (D-Mass.) and Rashida Tlaib (D-Mich.). All four are American citizens, and all but Omar were born in the United States.

The freshman progressives have been at the center of recent rifts in the party over how to address the crisis at the southern border and racial politics.

But on Sunday, the rebuke was swift from both allies of the insurgent “Squad” and more moderate figures in Democratic House leadership.

Pelosi condemned the statements, tweeting “When @realDonaldTrump tells four American Congresswomen to go back to their countries, he reaffirms his plan to ‘Make America Great Again’ has always been about making America white again. Our diversity is our strength and our unity is our power.”

Pelosi ally Rep. Hakeem Jeffries (D-N.Y.), chairman of the House Democratic Caucus and a member of the Congressional Black Caucus (CBC), did not reproduce the tweet but called Trump a “racial arsonist.”

“Racist attack on four strongly progressive congresswomen of color will not weaken them. IT ONLY MAKES US STRONGER,” Jeffries tweeted.

Assistant House Speaker Ben Ray Luján (D-N.M.), the highest-ranking Latino in the House, was first informed of the tweet by Fox News’s Chris Wallace on “Fox News Sunday” and immediately condemned it as “a racist tweet.”

"These are American citizens elected by voters in the United States of America," he added.

The co-chairman of the center-right Problem Solvers Caucus, which faced stinging criticism from many progressives for leading the revolt among House Democrats to force a vote on a Senate border aid bill, also defended the four congresswomen Sunday morning.

“The offensive comments made this morning about my colleagues are totally unacceptable and wrong,” Rep. Josh Gottheimer (D-N.J.) wrote, linking to a Washington Post story about the tweets. “There is no place for it (in Congress or anywhere in our country).”

Sen. Bernie Sanders (I-Vt.), a key ally of the four congresswomen, tweeted, “When I call the president a racist, this is what I'm talking about.”

Rep. Pramila Jayapal (D-Wash.), who is considered an elder stateswoman of the party’s left flank, noted her own status as a naturalized immigrant and told Trump, “You can only HOPE to be as patriotic as we are.”

“Your cruelty is sickening. Your egotism is laughable. And you are going to successfully turn millions of Americans into supporters of your opponent in 2020 with these disgusting attacks,” she tweeted. “You are a disgrace to our country and our values.”

Another longtime House progressive, Rep. Barbara Lee (D-Calif.), took aim as well, tweeting “OMG, here we go again. My sisters in Congress are Americans. The voices of women of color have been ignored for far too long — but not anymore. This disgusting and racist attack won’t stop us.”

The rush to defend the progressive congresswomen come during a tumultuous time for the party. Pelosi’s clash with the representatives intensified recently when, after they were the only Democrats to vote against a House border funding bill, she told The New York Times’s Maureen Dowd, “All these people have their public whatever and their Twitter world. But they didn’t have any following. They’re four people and that’s how many votes they got.”

Ocasio-Cortez fired back, accusing Pelosi of singling out four women of color, a statement that was condemned harshly by members of the CBC, some of whom have accused the progressive group Justice Democrats, which is closely aligned with Ocasio-Cortez, of seeking to oust some of the group's members through primary challenges.

Friction escalated between the two factions within the party after the official House Democratic Caucus Twitter account blasted Ocasio-Cortez’s chief of staff, Saikat Chakrabarti, for a tweet that has since been deleted that said votes by Rep. Sharice Davids (D-Kan.) had “enabled a racist system.”

All four freshman representatives also responded on Twitter, with Ocasio-Cortez saying, "Mr. President, the country I 'come from,' & the country we all swear to, is the United States. But given how you’ve destroyed our border with inhumane camps, all at a benefit to you & the corps who profit off them, you are absolutely right about the corruption laid at your feet."

Pressley wrote, "THIS is what racism looks like. WE are what democracy looks like. And we’re not going anywhere. Except back to DC to fight for the families you marginalize and vilify everyday."

"I am fighting corruption in OUR country," Tlaib tweeted. "I do it every day when I hold your admin accountable as a U.S. Congresswoman."

Omar, meanwhile, tweeted, "As Members of Congress, the only country we swear an oath to is the United States. Which is why we are fighting to protect it from the worst, most corrupt and inept president we have ever seen."