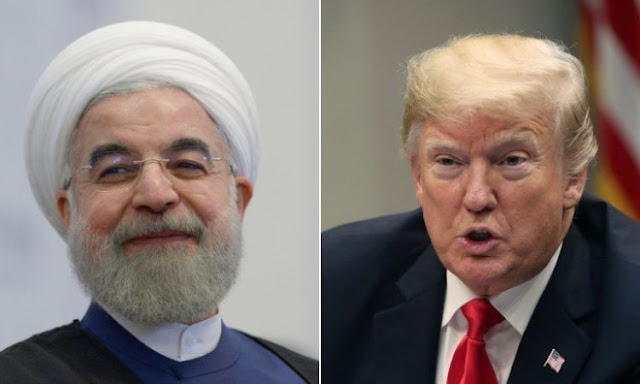 The Trump administration is reportedly mulling ending waivers that allow Iran to run a civilian nuclear program with international help, a move that could further undermine the Obama-era nuclear deal.

Two current U.S. officials and a former official familiar with the conversations told NBC News that the administration is in the midst of an internal debate over the decision, which could be the final straw for a nuclear deal that has been on its last leg since the president withdrew the U.S. from the pact last year.

The discussions come amid rising tensions between Washington and Tehran that have seen a series of vessel seizures in the Strait of Hormuz and the downing of Iranian and U.S. drones.

European signatories to the deal have leaned on the White House to keep the waivers in place, fearing that the deal’s total disintegration could ratchet up tensions even more.

The waivers permit Tehran to receive assistance from the deal’s parties to run several atomic sites for civilian purposes, sites that have come under intense criticism from several Republican lawmakers with hawkish positions on Iran.

The State Department renewed the waivers in May for 90 days, saying they help preserve “oversight” of Iran’s nuclear program but adding that “we reserve the right to revoke or modify our policy covering these nonproliferation activities at any time.”

Iran has long insisted that its entire nuclear program is intended solely for civilian purposes, though it has raised eyebrows in recent weeks by surpassing the Iranian enrichment limitations placed on it by the Obama-era deal.

Ending the waivers could force Britain, France, Germany, Russia and China to decide if they want to fulfill their commitments under the deal or risk sanctions for violating Washington’s decision. It could also force Iran to unilaterally scrap the agreement in its entirety.