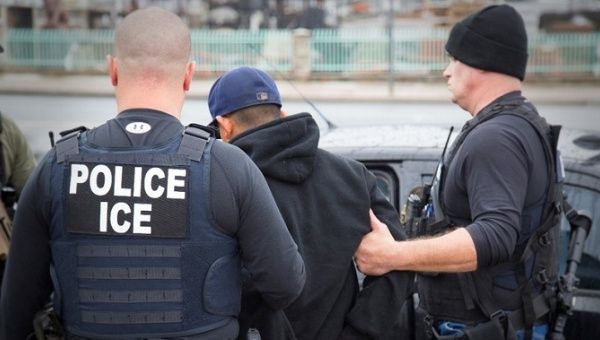 The Trump administration on Monday announced its intention to expand authority for expedited removal of immigrants who cannot prove they have been in the U.S. for two years.

The Department of Homeland Security's (DHS) expanded authority is set to become effective on Tuesday.

Current policy allows low-level officials to use expedited removal, which permits deportation without a hearing before an immigration judge, within 100 miles of the border and for individuals who have been in the country less than two weeks.

Under the proposed expansion, immigrants who did not arrive by sea anywhere in the U.S. — more or less than 100 miles from the border — and have been continuously present in the U.S. for less than two years could face expedited removal.

With the expansion, Immigration and Customs Enforcement officers would be able to determine who could be deported quickly.

Currently when arrests are made individuals are placed into deportation proceedings, a process with massive court backlogs.

The move comes amid a push from the Trump administration to deport immigrants in the country illegally. The president has threatened mass deportation operations, but those have failed to materialize.

The new rule is likely to face a number of swift legal challenges.

“Under this unlawful plan, immigrants who have lived here for years would be deported with less due process than people get in traffic court,” Omar Jadwat, director of the Immigrants’ Rights Project at the group, said.