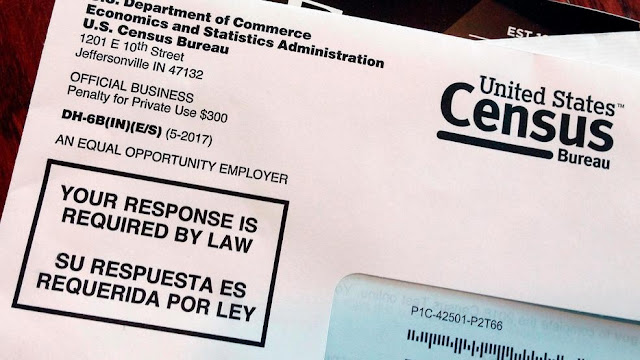 The Trump administration said Tuesday that it was dropping a citizenship question from the 2020 census, days after the Supreme Court ruled against the question’s inclusion.

Former Obama White House lawyer Daniel Jacobson made the revelation in a tweet Tuesday, sharing a screenshot of an email he received from a Justice Department lawyer confirming the decision.

"We can confirm that the decision has been made to print the 2020 Decennial Census questionnaire without a citizenship question, and that the printer has been instructed to begin the printing process," Bailey wrote.

Justice Department spokeswoman Kelly Laco also confirmed that the citizenship question would not be included on the census.

President Trump had initially said after the ruling that he wanted to delay the 2020 census in order to continue to try to add a citizenship question to the form.

In a 5-4 ruling last week, Chief Justice John Roberts wrote that the rationale behind adding the citizenship question to next year’s census didn’t match up with the evidence provided in the case, temporarily blocking the question from appearing on the decennial survey.

But the Supreme Court sent the matter back to the Commerce Department to provide another reason why the question should be included on the 2020 census, providing the administration with another shot at getting the query added.

The Justice Department had repeatedly argued in court filings that it needed to meet a July 1 printing deadline in order to get the census out on time.

The Constitution requires that a census be conducted once a decade.

The Trump administration had initially claimed that the question on citizenship status was needed to enforce the Voting Rights Act. But Roberts and the Supreme Court’s liberal justices rejected that rationale, citing evidence that Trump officials discussed adding the question long before the Justice Department requested it.

Critics of the question have pointed to studies that indicate asking about citizenship will cause immigrants and noncitizens to skip the question or the census altogether, leading to an inaccurate count of the population and an undercount of minority groups in particular.