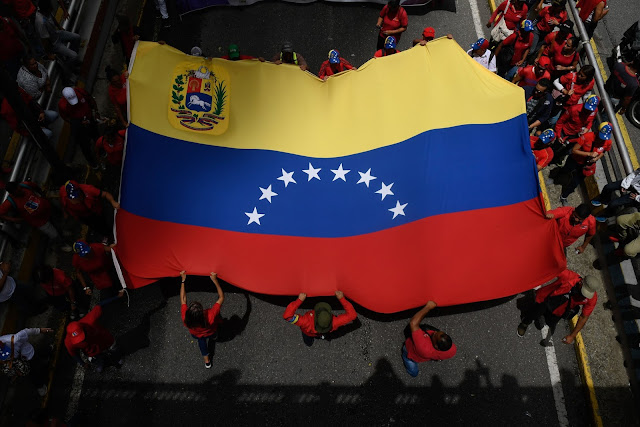 The Trump administration denied this week a request by a group of 24 senators to provide Venezuelans in the United States temporary immigrant benefits in light of the ongoing humanitarian crisis in the South American country.

In a letter dated July 11, United States Citizenship and Immigration Services (USCIS) acting Director Ken Cuccinelli said the administration "continues to monitor the situation in Venezuela" but declined to explicitly answer a request by the senators to grant temporary protected status (TPS) for Venezuelans.

Under TPS, citizens of a country that's undergone man-made or natural disasters are allowed to live and work in the United States until the designation is revoked.

"There may be other immigration relief measures available to Venezuelan nationals affected by the current conditions in Venezuela," wrote Cuccinelli.

TPS designations are made at the discretion of the secretary of Homeland Security, with input from the State Department on country conditions.

A senior State Department official Tuesday declined to tell reporters on a call whether State agrees with the decision not to include Venezuela in TPS but said Secretary of State Mike Pompeo will likely discuss the issue on his upcoming trip to Ecuador, a country that's received more than 260,000 Venezuelan refugees, according to the Council on Foreign Relations.

Cuccinelli's letter was released Tuesday by Menendez and Durbin, who along with Rubio and Sens. Patrick Leahy (D-Vt.) and Cory Booker (D-N.J.) introduced in February a bill to legislate TPS for Venezuelans rather than wait for an executive designation.

"President Trump cannot have it both ways," wrote Menendez and Durbin in a statement.

"He cannot warn Americans that Venezuela is so dangerous they should avoid traveling there and then turn around and tell Venezuelans in the U.S. they are forced to return. It’s time for Congress to be consistent and humane and overrule this outrageous Trump policy," they added.

USCIS did not immediately return a request for comment.

The Trump administration has taken the lead in imposing sanctions on Venezuelan President Nicolás Maduro and in January was the first country to recognize National Assembly head Juan Guaidó's claim to the country's presidency.

Rubio, the lone Republican signatory of the March 7 letter, downplayed the significance of USCIS's missive, as it didn't explicitly deny the request.

He also noted that it's nearly impossible for the United States to deport a Venezuelan national, saying, "We don’t even have direct flights, and certainly our relations — to deport someone you have to have some agreement with the government, and the acknowledged government of Venezuela is the Guaidó government, not the Maduro one."

"So my bigger concern is that if someone who is Venezuelan is taken in, they spend two or three weeks in detention, for example, and then they’re let go, but they were held for two or three terrible weeks," said Rubio in a hallway interview, according to his office.

"And you know, they lose their job, they spend money on lawyers and the like. I’d like to see — obviously I support TPS, but I’d like to see some other administrative remedy because frankly we’re wasting money going after people we shouldn’t be deporting and couldn’t even if we wanted to," he added.

Venezuelan TPS has become a sticking point for the administration, as rebuttal of Maduro's regime is a primary hemispheric foreign policy priority for Trump, but the administration has fought domestically to drastically reduce the size of TPS.

Since taking office, Trump has ordered termination of TPS for an array of countries, including El Salvador, Haiti, Nicaragua, Sudan, Honduras and Nepal.

The rescision orders for El Salvador, Haiti, Nicaragua and Sudan were blocked by the courts in October, and the Trump administration put on hold its termination orders for Honduras and Nepal pending results of the initial TPS litigation.

In all, more than 300,000 people currently live in the United States under TPS, and some have held the status for more than two decades.

In his letter, Cuccinelli noted a "separation of powers concern" regarding TPS.

"As long as courts continue to displace executive branch authority to terminate TPS status, it makes a decision to exercise the discretion in the first place considerably more complicated and more akin to permanent status, rather than temporary," wrote Cuccinelli.