Texas teachers to receive pay raises, but not $5,000 across board as first projected 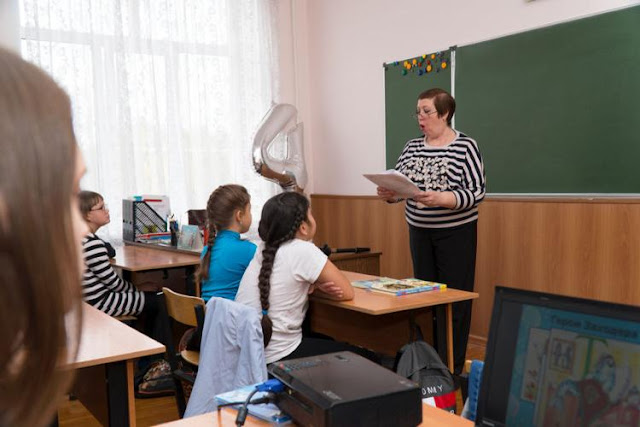 With the start of the new fiscal year on Monday, many Texas educators began to realize how much, or how little, they’d be receiving in pay hikes in the new school year.

Prior to Gov. Greg Abbott signing education bill HB 3 into law last month, a provision passed by the Senate Finance Committee making permanent a $5,000 annual salary increase for every classroom teacher in the state was scrapped.

The new law allocates $6.5 billion in new public education spending and $5.1 billion toward lowering property tax bills. It also requires school districts to conduct efficiency audits prior to putting future tax increase measures on the ballot, including language for debt or “bond” propositions stating, “this is a property tax increase.”

The Texas Public Policy Foundation estimates the average rate cut is roughly 7 cents per $100 of property valuation through the $5.1 billion the state plans to spend to buy down school maintenance and operations tax rates. According to the Texas Education Agency, the new “rollback” limit on tax revenue increases of 2.5 percent would go into effect in 2020.

“Because of rising appraisal rates, a 2.5 percent limit on revenue growth means the state will likely be forced to spend additional money to offset the forgone property tax revenue that cannot be levied by local school districts,” Brandon Waltens at Texas Scorecard explains.

The law increased per-student based funding by about 20 percent in order to fund teachers raises and free full-day pre-K for eligible 4-year-olds. The new spending formula reduces what has been used in the state for decades, known as the “Robin Hood,” which redistributed about 40 percent of property taxes from wealthier tax brackets to subsidize poorer districts through the state’s “recapture program.”

Most districts statewide announced raises prior to July 1.

Houston-area districts announced raises ranging from six percent and above. Humble ISD, for example, raised salaries of teachers, librarians, nurses and counselors by at least $4,000 and also increased new teacher salaries to $56,700 including a $1,400 stipend.

Katy ISD employees received a 6 percent raise and teachers were given the option to receive an additional 2 percent raise from a new attendance-based performance incentive.

Houston ISD raised its full-time employee salaries across a scale of 3.5 to 8 percent, depending on years of service. It also increased its minimum wage from $12 to $14 an hour and mandated that its employees pay no increased health insurance premium costs.

Dallas ISD is expected to receive about $70 million through the new state school funding formula and its maintenance and operating tax rate will drop from $1.17 to $1.068 per $100 of assessed property value. DISD fulltime teachers will see an overall salary increase of $2,800 compared to the average $1,700 increase last year.

San Antonio ISD announced all teachers, librarians, registered nurses and counselors who have been with the district for at least five years will receive a 3.5 percent raise; all others, a 3 percent raise. The board also increased the minimum wage of its hourly paid workers from $13.50 to $15 an hour.

The North East ISD has not released salary information yet, which is worrying teachers, according to local news reports.

In May, Education Austin, the AISD teachers’ and employees’ union, demanded that teachers be given a 10 percent raise. Instead, they got 6 and 7 percent, depending on their years of service.

AISD increased all district staff salaries by six percent, and teachers with more than 5 years of experience will receive a 7 percent raise as of July 1. “This is the most robust and powerful compensation package in my 21 years in the district,” Education Austin President Ken Zarifis said at a news conference.

Austin has been one of the hardest hit areas impacted by the Robin Hood practice.

The new law required AISD to increase compensation by at least $21 million.

The AISD budget also includes a $500,000 investment in stipends for special education staff and invests $1.2 million in bilingual staff.