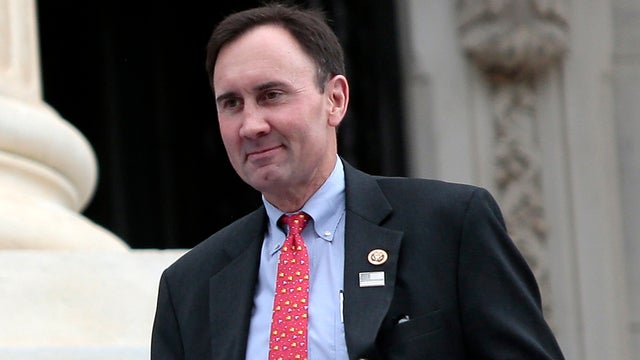 Texas Rep. Pete Olson (R) announced Thursday afternoon that he will not seek reelection in 2020, teeing up a competitive race in his Houston-area district to replace him.

Olson announced his retirement in a news release, stating that he was leaving Washington to spend more time with his family.

“Protecting our future and preserving our exceptional nation are the reasons I first ran for Congress,” he said. “Now, it’s time for another citizen-legislator to take up this mission, not to make a career out of politics, but to help lead in the cause of empowering our people, defending our liberties, and making sure America remains the greatest nation in history.”

Olson, who was first elected to the House in 2008, sits on the House Energy and Commerce Committee and was a vocal supporter of the Keystone XL pipeline. During his tenure, he also set his focus on NASA's Johnson Space Center and advocating for hurricane relief after his district was hit hard by Hurricane Harvey.

The Texas Republican narrowly won reelection in 2018, defeating Democrat Sri Kulkarni in the 22nd District by a 51 percent to 46 percent margin. Kulkarni launched a second bid for the seat in April.

Kulkarni released a statement shortly after the news broke of Olson’s retirement thanking him for his service and expressing confidence that the rapidly diversifying Texas district would flip in 2020.

“Now is not the time to rest. Now is the time to fight harder than ever,” he said. “We have an opportunity to heal the division in this country, to tear down the walls separating Democrats, Republicans, and Independents. Make no mistake, the contest ahead won't be easy — but the fights worth fighting never are. But together, we'll flip TX-22 next year.”

While the district has historically been safely conservative, it has become more competitive in recent years as Houston and its surrounding neighborhoods have become more racially diverse.

“Republicans across Texas are terrified of losing their seats in 2020 and we can’t blame Pete Olson for choosing to retire instead of being thrown out of office next year,” the Democratic Congressional Campaign Committee (DCCC) said in a press release.

“As the DCCC continues to invest in Texas, Washington Republicans like Olson are thinking twice about pouring their time and money into seats that used to be safe bets. One of the most diverse districts on the battlefield, Democrats can win this open seat and we look forward to Congressman Olson spending his golden years deep in the heart of Texas.”

Rep. Tom Emmer (R-Minn.), the chair of the National Republican Congressional Committee, released a statement after Olson’s announcement boasting that the GOP would hold the seat against what he said would be a “socialist” Democratic candidate.

“Whoever the socialist Democrats nominate will be forced to defend their party’s radical agenda of socialized medicine and killing oil and gas jobs with the Green New Deal in a solid Republican district. This will remain a Republican district for the foreseeable future,” he said.

The Cook Political Report changed its rating of the House race from “lean Republican” to “toss up” in light of Olson’s announcement.