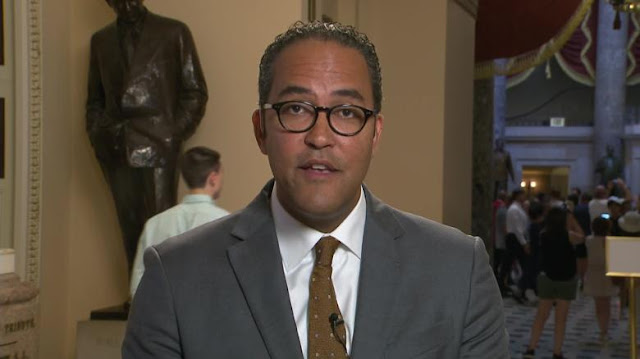 Speaking to CNN host Christiane Amanpour, Hurd not only said Trump’s tweets were "racist" and "xenophobic," but also labeled them “inaccurate.”

“The four women he is referring to are actually citizens of the United States, three of the four were born here,” Hurd said. “It’s also a behavior thats unbecoming of the leader of the free world.”

Trump tweeted Sunday that a group of Democrats should "go back and help fix the totally broken and crime-infested places from which they came.”

While the tweets did not name anyone directly, they appeared to attack a group of progressive freshman lawmakers made up of Reps. Alexandria Ocasio-Cortez (D-N.Y.), Ilhan Omar (D-Minn.), Rashida Tlaib (D-Mich.) and Ayanna Pressley (D-Mass.), all of whom are U.S. citizens.

Omar is the only one of the four not born in America as she came to the U.S. after leaving Somalia as a refugee with her family.

The attacks from Trump were widely condemned by Democratic lawmakers as racist, though few Republicans have spoken out and those who did stopped short of calling them racist.

Hurd pointed out that he is the only black Republican in the House and that he goes into communities “that most Republicans don’t show up.”

“When you have this (Trump’s tweets) being the debate, that activity becomes even harder,” he said.

A three-term lawmaker, Hurd noted that Trump’s tweets drew attention away from the infighting within the Democratic Party between House Speaker Nancy Pelosi (D-Calif.) and the progressive lawmakers.

“While you had a civil war going on within the Democratic Party between the far-left and the rest of the party, now they have circled the wagons and are starting to protect one another,” he said.

He added that the debate should be focused on political disagreements, and not “these other issues.”