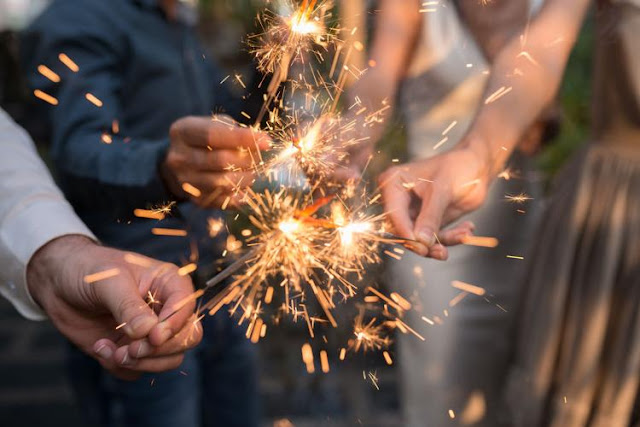 Texas may not have a state income tax, but it is one of only a handful of states that levies an excise tax on the go-to consumer good for the Fourth of July holiday: fireworks.

The Lone Star State levies a 2 percent excise tax on fireworks sales in the state, according to a recent report by the Tax Foundation. Its rate looks reasonable compared to several of the other states that tax things like legalized sparklers, Pop-Its and Roman candles. The newly imposed rate in Pennsylvania is 12 percent, which is also the rate in West Virginia, the foundation reports.

Rounding out the other state excise taxes on fireworks are Alabama, 8 percent; Michigan, 6 percent; Indiana and Georgia, 5 percent; and Alaska, 2 percent. The Alabama tax, however, applies only to Cleburne County, while the Alaska tax is levied only in Houston City, according to the Tax Foundation.

“Americans spent over $1.2 billion on fireworks in 2017, with consumer fireworks accounting for $885 million of that,” the foundation said in its analysis. “Some states see this as an attractive source of revenue, and have imposed excise taxes and licensing fees on fireworks sales.”

In Texas, residents who purchase fireworks pay a 6.25 percent state sales tax. So with a 2 percent excise tax, that adds up to 8.25 percent. But many local governments in the state tack on sales taxes of their own – up to 2 percent – so the consumer can end up paying a total of 10.25 percent on their purchases of TNT Poppers and bottle rockets.

But the government’s take from Fourth of July festivities doesn’t end there, the Tax Foundation points out. All states that allow the sale of fireworks charge license fees to the vendor for the privilege of selling Independence Day pyrotechnics. In Texas, that fee is fairly benign – $20, according to the analysis.

But the retail fee gets pricy in other states, according to the foundation. Pennsylvania charges 15,000-square-foot stores $20,000 for a permit to sell fireworks. But in places like Coventry, R.I., the paperwork fee is just $5.

Lower fees help nonprofit groups that sell fireworks as a fundraising activity, since such groups can’t afford the high-end retail fees – such as the $5,000 fee imposed in Maine.

Of course, such fees and taxes on fireworks may make sense due to the risks of damage and death that can result from unintended fires, including forest fires that require an immediate response from public fire agencies, the foundation states. There can also be a greater burden on police agencies responding to noise complaints and other disturbances.

Overall, the fireworks tax policies in the states where the products are legal are in sync with what many tax policy observers term reasonable excise taxes, the analysis said.