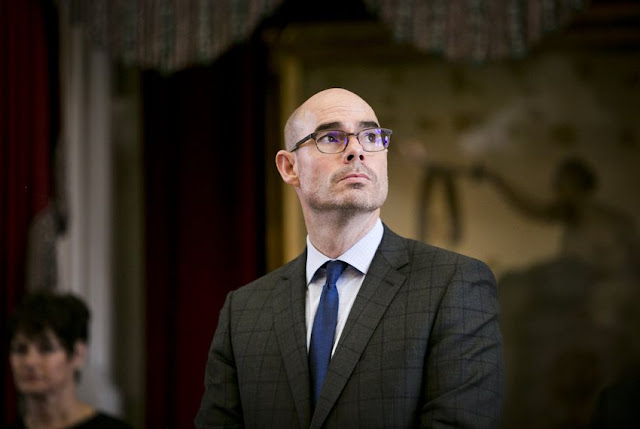 Texas House Speaker Dennis Bonnen has publicly denied allegations from a hardline conservative activist that he planned to target 10 GOP members during the 2020 primary elections — four days after the accusations surfaced.

Bonnen's statement, which was released Monday, followed an email he sent to House Republicans on Friday evening disputing a version of a June 12 meeting that Michael Quinn Sullivan, the CEO of Empower Texans, made public Thursday. According to Sullivan, Bonnen left the room and state Rep. Dustin Burrows, a top speaker ally and chair of the House GOP caucus, handed the activist a list of 10 Republicans to target in 2020. Sullivan said he was told that, in return, his organization would receive long-denied House media credentials when the Legislature reconvenes in 2021.

Bonnen did not explicitly mention Sullivan's alleged 10-member list in his Friday email, though he told members he looked "forward to vigorously campaigning and supporting every one of you in both the upcoming primary and general elections."

His statement Monday was his first public comment on the accusation. He said that "the true nature of my conversation with Michael Quinn Sullivan somehow continues to get lost in the media narrative."

"Let me be clear," Bonnen said. "At no point in our conversation was Sullivan provided with a list of target Members."

Bonnen also said he had asked Burrows "not to comment on this matter" — an apparent attempt to explain why the Lubbock lawmaker has not responded to repeated requests from colleagues in the House for comments about Sullivan's allegations, both publicly and privately, in recent days.

Earlier Monday, one House Republican on the alleged list, Ernest Bailes of Shepherd, called on Burrows to officially respond to the allegations, according to an email Bailes sent to members of his party's caucus.

Bailes, responding to an email sent to members requesting information about upcoming district events, asked whether he had missed a statement from Burrows on the matter. The caucus' executive director responded to Bailes' inquiry, saying that she would inquire with Burrows about whether he intends to provide a statement. Bailes responded with a formal request to Burrows for a response.

"It is appalling that the caucus is soliciting information on this Monday morning for district events and has yet [to] even remotely address the egregious claims which have been made," Bailes wrote in his email, which the Tribune obtained. "The deft silence only solidifies truth within the allegations."

Since Sullivan's allegations surfaced Thursday, House members have privately been grappling with how to respond — if at all. A number of members have wondered whether Sullivan, who has long taken shots at Bonnen over his leadership style and politics, is just carrying out his latest attack against the first-term speaker. That skepticism has been emphasized by the fact that Sullivan has refused to release a copy of the letter he said he sent Bonnen and Burrows to reject their offer made at the June 12 meeting. Other members, meanwhile, have privately expressed frustration at how Bonnen and Burrows have responded to the allegations.