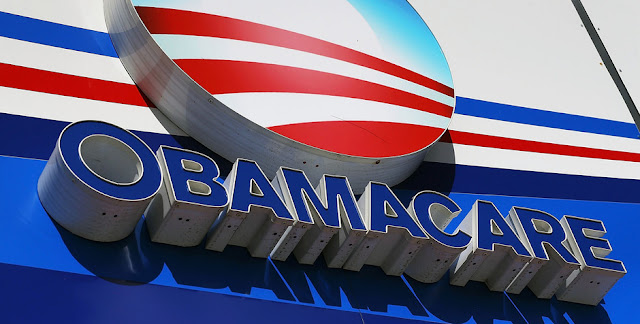 There’s a sense of urgency among GOP lawmakers to come up with a plan to replace the most popular components of ObamaCare after a panel of appellate judges on Tuesday aggressively questioned whether the law passes legal muster following Congress’s repeal of the tax penalty for not having insurance.

A nullification in the courts could leave millions of people with pre-existing medical conditions without insurance and disrupt coverage for others.

Just the consideration of legislative action is an about-face from a few months ago when Senate Majority Leader Mitch McConnell (R-Ky.) said Senate Republicans would not move legislation to replace ObamaCare before the 2020 election, arguing it would have no chance of passing Congress, particularly with a Democratic-controlled House.

Senate Health, Education, Labor and Pensions Committee Chairman Lamar Alexander (R-Texas) even laid aside the thorny debate over how to reform health insurance — a central component of ObamaCare — to focus instead on finding ways to reduce health costs.

But on Tuesday, McConnell pledged that the Senate would act swiftly to protect people with pre-existing medical conditions if a GOP-backed lawsuit is successful in overturning ObamaCare.

“I think the important thing for the public to know is there’s nobody in the Senate not in favor of covering pre-existing conditions,” McConnell said.

“We would act quickly on a bipartisan basis to restore” those protections if struck down by the courts, he added.

The lawsuit in question, backed by a group of Republican governors and attorneys general, asserts that the Affordable Care Act’s insurance mandate is unconstitutional and therefore the entire law should be struck down.

McConnell told reporters a few months earlier that he had no plans to move major health care legislation before the election, pouring cold water on President Trump’s plan to rebrand the GOP as “the party of health care.”

Senate Republican leaders in March balked when Trump pressured them at a private meeting to advance legislation to replace ObamaCare. GOP leaders in the Senate were reluctant to stir up divisions within their conference over how to proceed on the divisive issue.

Republicans familiar with this week’s negotiations say any ObamaCare replacement plan will be far more narrow than the Democratic legislation from a decade ago.

Sen. Mitt Romney (R-Utah), who as governor of Massachusetts in 2006 implemented a health insurance law that later served as a template for ObamaCare, is taking the lead in negotiations, according to Republican senators who have spoken to him.

“I’ve talked to Romney about it,” said Sen. Shelley Moore Capito (R-W.Va.). “I think it’s important that we have a plan and a reassertion that we believe that people with pre-existing conditions should be covered.”

Republican lawmakers say they need to be more prepared with ideas to replace ObamaCare than they were in 2017, when a seven-month effort to repeal and place the law failed on the Senate floor in spectacular fashion.

“If there’s one thing we learned from the ObamaCare fight two years ago: We better be prepared in advance with more specificity as to what our plans our,” Capito said, referring to the GOP’s unsuccessful attempt to repeal and replace ObamaCare in 2017.

A Senate Republican aide said even if the 5th Circuit panel, comprised of two GOP-appointed judges and one Democratic-appointed judge, the law would likely remain in place until the Supreme Court hears the case, possibly in the summer of 2020 — shortly before the presidential election.

“If the 5th Circuit somehow comes to the conclusion that the entire Affordable Care Act is unconstitutional, the Supreme Court will take it up, which means next July we’ll need to be ready for some type of court ruling,” the aide said.

Romney met with Alexander and Graham on Thursday afternoon to discuss what a Republican alternative to ObamaCare would look like, according to a Senate aide familiar with the meeting.

Scott says the goals of the legislation would be to protect people with pre-existing conditions and allow young adults to stay on their parents' health insurance plan until age 26, two of the Affordable Care Act’s most popular provisions.

“There’s two things that were in ObamaCare — pre-existing conditions and staying on your parents' plan. We don’t have any idea what’s going to happen in the court case, but what we ought to be doing anyway is trying to figure out how to pass something that covers those two issues,” Scott said.

“A bunch of us have been trying to figure out how to do it,” he said. “We’ve talked to a lot of people.”

Asked how he would pay for any costs associated with protecting people with pre-existing medical conditions and extending health coverage for young people until age 26, Scott asserted the GOP plan will not require a major expenditure.

“It’s not really something to be paid for. It’s something insurance companies have to do, and they’re doing it now,” he said. “They’re all complying with it now.”

“Before ObamaCare, the state had a variety of ways of doing it,” he said of ensuring that people with pre-existing medical conditions have access to coverage.

Democrats would be highly unlikely to sign on to any GOP plan to address pre-existing conditions, despite McConnell’s plan that the Senate “would act quickly on a bipartisan basis.”

When informed of Romney’s effort to put together a fallback plan to protect people from losing health insurance, Casey said, “They’re been saying that for at least eight years.”

“This is what happens when the leadership of a political party doesn’t spend much time on health care for 25 years. They come up with loopy ideas,” he said of Scott’s argument that protecting pre-existing conditions would not require significant additional federal spending.

Sen. Susan Collins (R-Maine), who faces a tough reelection next year, said she would be “very concerned” if the Supreme Court ultimately strikes down ObamaCare.

“I don’t think there’s a plan in place to take care of individuals who have been using the exchanges to purchase their insurance or who have been covered under the Medicaid expansion,” she said. “I’m just hoping the court doesn’t strike it down.”

Romney told The Hill shortly before Thursday’s meeting that he’s not sure when the bill would be unveiled or who might back it.

“I just haven’t got particulars on timing or those that will come together,” he said. “We’ll see where the timing is.”