Salvadoran president: 'It is our fault' migrant father and daughter drowned in Rio Grande 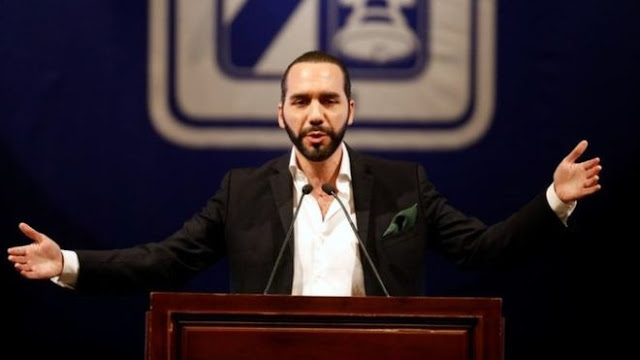 The president of El Salvador said his country was to blame for the deaths of a Salvadoran man and his daughter who drowned last week while trying to cross the Rio Grande into the United States, The New York Times reports.

“We can blame any other country, but what about our blame? What country did they flee? Did they flee the United States?” Bukele said. “They fled El Salvador.”

Bukele’s comments come after a viral photo showed Óscar Alberto Martínez Ramírez and his 23-month-old daughter, Valeria, lying facedown in the Rio Grande. Ramírez had reportedly tried to swim across the river with his wife and daughter after his family was unable to request asylum in the United States.

Senate Minority Leader Charles Schumer (D-N.Y.) called on President Trump to “look at this photo” and see that these “are people simply fleeing a horrible situation in their home country for a better life."

Rep. Adam Schiff (D-Calif.) was among those who have blamed Trump for the deaths, saying the situation is a “product” of the president's immigration policy.

Trump, who said he hated to see the photo, placed blame on congressional Democrats. On Saturday, he said if his border wall had been built, father and his daughter, as well as so many others, “would be saved.”

The bodies of Ramírez and his daughter were returned to El Salvador on Sunday. They were buried in a private ceremony on Monday, the Times reported.