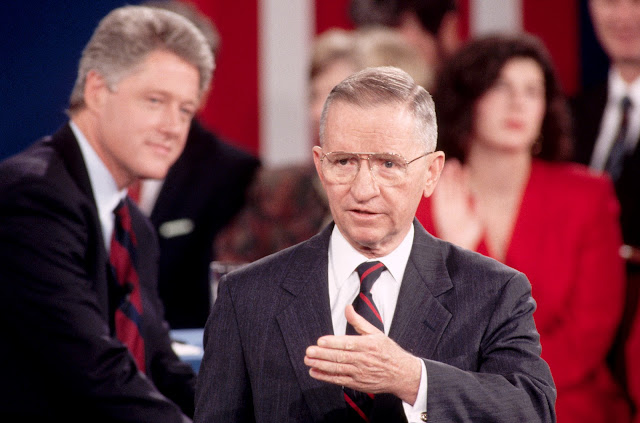 Perot, 89, had been being diagnosed with leukemia in February.

The Texas businessman ran as a third-party candidate in 1992 and 1996, amassing 19 percent of the popular vote in his first White House bid. Although he did not win any electoral votes, many credit him with helping seal the victory for former President Clinton.

After his foray into politics, Perot dedicated much of his time and money to philanthropic efforts.

The University of Texas Southwestern Medical Center was a major recipient of donations from the Perot Foundation.

"Ross wanted to understand the projects and approve the overall plans before committing his funds, and he kept tabs on what was going on," Kern Wildenthal, who retired as president of UT Southwestern in 2008, told the Morning News. "But he never interfered or second-guessed. He was an ideal philanthropist in that regard."

Perot, his family and the Perot Foundation made more than $90 million in direct philanthropic commitments to UT Southwestern, Wildenthal added.

"Describe my father?" Ross Perot Jr., his only son and CEO of the Perot Group, asked rhetorically in an interview with the Morning News. "Obviously a great family man, wonderful father. But at the end of the day, he was a wonderful humanitarian.

"Every day he came to work trying to figure out how he could help somebody," he added.

Perot made his start in the business world by founding computer services company Electronic Data Systems in 1962.