Protesters take down US flag, replace it with Mexican flag 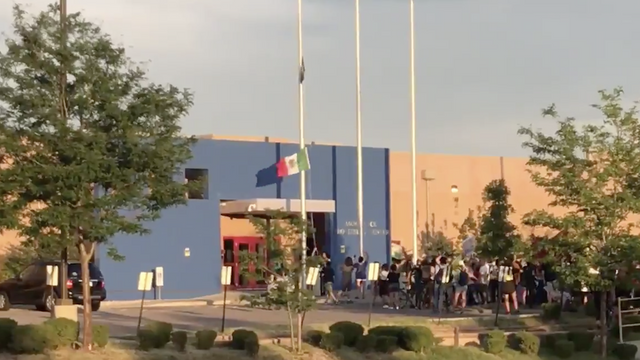 Protesters took down an American flag outside of an Immigration and Customs Enforcement (ICE) facility in Colorado this week and replaced it with a Mexican flag, according to footage posted online.

Footage of a demonstration outside of the Aurora, Colo., facility posted Friday shows dozens of protesters cheering as a Mexican flag was raised on a pole in front of the building.

The demonstration was part of an effort organized on Facebook that was called “March to Close the Concentration Camps.” The event was reportedly orchestrated under the Lights for Liberty coalition.

A description of the event on its Facebook page reads: “Join us as part of the national day of action to close the concentration camps. This is the kick-off of a national campaign to close the migrant and refugee camps in the United States. Calling on folks and groups from Denver, Aurora, Boulder, Longmont, and surrounding areas.”