Our students need a good education in civics 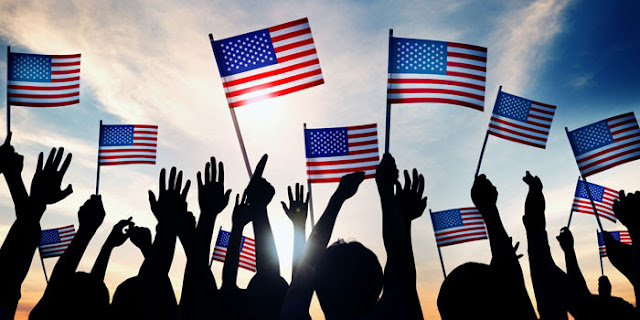 School may be out, but America’s teachers are hard at work, building out their curriculums for the upcoming academic year. From algebra to history and psychology, the foundation for the U.S. education system is laid long before school is back in session.

However, there is one subject in particular that demands our utmost attention: Civic education. Our current civic education system is in a state of crisis, as many students scramble to memorize the periodic table or grammar rules, but often struggle to name even the most influential members of Congress and the code of civics that distinguishes American democracy from other forms of government. Too often, students simply don’t understand how our representative government works.

And, by and large, it is the education system that has failed them. From the process of voting to the structure of Congress, young Americans have blind spots because those blind spots were never filled by the curriculums at middle schools, high schools, or colleges and universities.

Just ask them. Students in Rhode Island have sued the state, arguing that the lack of civic education has failed to prepare them for the rigors of citizenship. Furthermore, according to a recent survey from Every Vote Counts, roughly two-thirds of young Americans believe “high schools, colleges, and universities should prepare students to be voters.” This includes over 70 percent of the 18 to 24 age group — college students and recent graduates with schooling still fresh in their minds.

Young Americans know that the status quo is untenable. Based on research from the Education Week Research Center, fewer than one in three schools offer stand-alone civics courses. According to the American Council of Trustees and Alumni (ACTA), less than 20 percent of liberal arts colleges and universities require students to take even one survey course in American history or government before graduation. In the ACTA’s words: “Recent college graduates are alarmingly ignorant of America’s history and heritage.”

Indeed, ignorance lingers long after graduation. Barely one-quarter of Americans — those of all ages — can name all three branches of government.

So what can be done? Much of the responsibility falls on America’s educators to incorporate civic education into school curriculums, in a manner that is practical to the teachers actually in the classroom. One approach is to use “mini-lessons” when there is an opening in the academic schedule — the day before vacation, the week after a major exam, and so forth.

In high school, substitute teachers can be called upon to teach an hour of civics before the full-time teacher is back in the classroom. Half-days are ideal opportunities to supplement the traditional curriculum with such crash-courses. In college, students have even more “down time” to catch up on civics.

The bar isn’t exactly high. When most Americans don’t even know the three branches of government, educators can make a significant difference with a basic lesson or two.

Of course, they are not alone in this fight. In recent years, elected officials at the state level have recognized the civic education gap, and taken meaningful steps to fill it. In the process, they are drawing a blueprint for broader education reform at the federal level.

In 2018, Republican Massachusetts Gov. Charlie Baker signed into law a bill that requires eighth-graders to complete at least one student-led civics project and establishes a Civics Project Trust Fund, which public schools can use for teacher training and curriculum development. The new law also creates a nonpartisan high school voter challenge program, raising awareness for eligible students to register or pre-register to vote.

All states should encourage students across the country to become active, informed citizens — and encouraging teachers to help get them there. And, until that requirement is enshrined in federal law, elected officials must continue to highlight the importance of civic education in the first place.

Tying a renewed focused on civic education to passing the citizenship test may be a narrow solution to a widespread problem, but it is a first step. By making civic education not only a priority, but also a testable requirement, we can work towards more comprehensive requirements like the peer-to-peer programs being implemented in Massachusetts.

As the economist Thomas Sowell puts it, “A democracy needs informed citizens if it is to thrive, or ultimately even survive.”

He’s right. Only through civic education can our American experiment survive, and only together—with educators and elected officials in unison — can we save it.