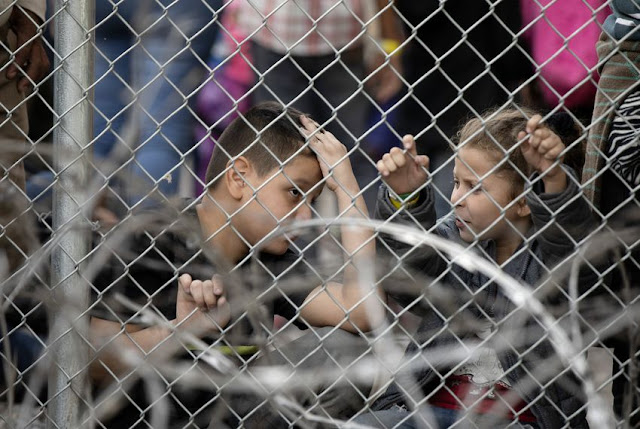 Thousands of migrant children currently in federal care don't have identifiable sponsors who can claim them, according to the head of the Office of Refugee Resettlement, which oversees the care of migrant children who crossed the U.S. border alone or with relatives who weren’t their parents.

As of June, children without an identifiable sponsor represented roughly one-third of all kids in ORR care. Former ORR Director Bob Carey told CBS News that number is a far greater ratio among all unaccompanied migrant children than in past years. Without a sponsor, the amount of time children are held in care only lengthens — and for some, that could mean until they turn 18.

If kept in custody until their 18th birthday, the migrant children in ORR shelters across the country would then be sent to to adult detention centers operated by Immigration and Customs Enforcement.

The agency cares for unaccompanied migrant children, as well as children who arrived with their parents but were later separated from them. The Trump administration ended the controversial "zero tolerance" policy that led to hundreds of family separations last June, but as many as five migrant children per day continue to be separated from their parents at the U.S.-Mexico border, sometimes for reasons that are increasingly vague and difficult to corroborate.

"Unfortunately, I have well over 4,000 of those children in my care at this time at the Office of Refugee Resettlement," Jonathan Hayes, director of ORR, told CBS News on Tuesday. "So conceivably, someone could come into our care at 15 years old and not have an identifiable sponsor in the United States and remain with us for a few years."

Mark Weber, a spokesman for the U.S. Department of Health and Human Services, mentioned similar situations on a tour of the now-closed emergency influx shelter for migrant children.

"If a child gets here the day before they turn 18, there's not a lot these case managers can do," Weber said.

Mark Greenberg, former acting assistant secretary of the Administration for Children and Families, told CBS that part of the difficulty in reuniting migrant children with sponsors is fear. Greenberg and other ORR officials said they worry the Trump administration's immigration policy discourages sponsors — many who are undocumented — to come forward.

To prove their identity, sponsors need to provide a government-issued identification document and proof of immigration status or citizenship, according to the agency's website.