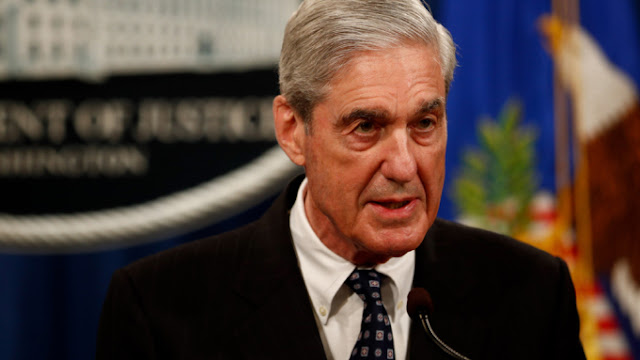 Former special counsel Robert Mueller will give extended testimony when he appears before Congress on July 24, one week later than originally anticipated, the Democratic chairmen of the House Judiciary and Intelligence committees announced Friday.

Mueller has agreed to testify for three hours before the Judiciary panel, allowing all members the opportunity to question him. He was previously scheduled to testify July 17 under subpoena, but his appearance was to be limited to approximately two hours per committee, meaning some Judiciary members would not get a chance to ask questions.

"We are pleased to announce that Special Counsel Mueller will provide additional public testimony when he appears before our committees. At his request, we have agreed to postpone the hearing for one week, until July 24, at which time Mr. Mueller will appear in public before the House Judiciary Committee followed by the House Permanent Select Committee on Intelligence," Judiciary Committee Chairman Jerrold Nadler (D-N.Y.) and Intelligence Committee Chairman Adam Schiff (D-Calif.) said in a statement.

The Judiciary panel will convene at 8:30 a.m. on July 24 to hear Mueller’s testimony on his two-year investigation into Russian interference and potential obstruction of justice by President Trump, the chairmen said. After a brief break, Mueller will testify at noon before the Intelligence panel.

“All members — Democrats and Republicans — of both committees will have a meaningful opportunity to question the Special Counsel in public, and the American people will finally have an opportunity to hear directly from Mr. Mueller about what his investigation uncovered,” Nadler and Schiff said.

Earlier this week, lawmakers on the Judiciary panel were fretting over the limited questioning time. Under the initial agreement, only 22 lawmakers on each committee would have been able to question him on July 17, leaving several Democrats and Republicans on the 41-person Judiciary panel without a chance to speak.

Republicans used a markup on Thursday to criticize Nadler over the agreement and accuse him of ceding time to lawmakers on the Intelligence panel when Judiciary has jurisdiction over the Justice Department.

Some Democrats have also conceded there were frustrations over the format but did not take issue with Nadler directly.

The announcement of the new agreement and format came late Friday, hours after lawmakers left Washington for the weekend. They are slated to return to work on Capitol Hill on Monday.

Rep. Doug Collins (Ga.), the Judiciary Committee’s top Republican, signaled in a statement late Friday that he was pleased with the new format.

The announcement also means that Mueller will testify publicly just days before lawmakers embark on a weeks-long summer recess.

House Democrats have long sought Mueller’s public testimony about his Russia investigation and are eager to drill down on contacts between members of the Trump campaign and Russia that were detailed in Mueller's 448-page report, along with several episodes of potential obstruction by Trump.

Mueller, who kept painstakingly quiet throughout the investigation, signaled in rare public remarks in May that he did not want to testify before Congress and would not go beyond the details laid out in his report in any public appearance.

After weeks of behind-the-scenes negotiations, Nadler and Schiff announced late last month that Mueller would testify publicly pursuant to a subpoena.

Mueller’s Capitol Hill appearance promises many fireworks, allowing Democrats an opportunity to highlight the more unsavory details about Trump’s conduct detailed in Mueller’s report and giving Republicans a chance to grill the man behind a probe that dogged Trump throughout his first two years in the White House.

Mueller’s investigation ensnared a handful of Trump associates on false statements and other charges but did not find sufficient evidence to establish a conspiracy between the Trump campaign and Russia to interfere in the 2016 presidential election.

Mueller also did not reach a conclusion on whether Trump obstructed the investigation itself. Attorney General William Barr has judged the evidence to be insufficient to accuse Trump of criminal wrongdoing — a move Democrats have ripped.

Trump, who consistently and publicly derided Mueller’s investigation as a “witch hunt,” has seized on the conclusions as vindicating him of allegations of “collusion” with Russia and obstruction of justice.