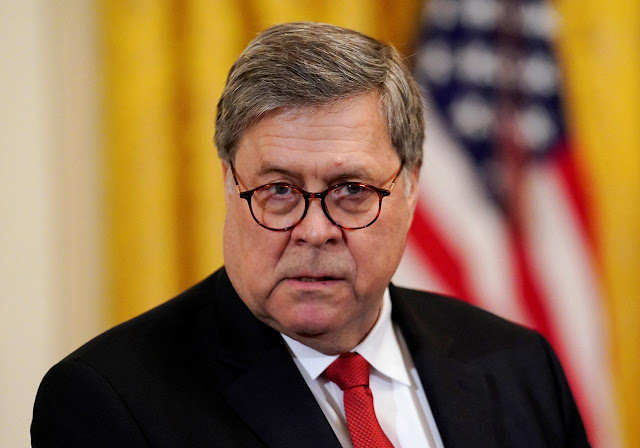 The Department of Justice (DOJ) announced Thursday that it will resume capital punishment for the first time in nearly two decades.

Only three federal executions have taken place since 1988, according to the Death Penalty Information Center. All five of the death-row inmates named in Thursday's release were convicted for the murders of children.

The Federal Bureau of Prisons has adopted a regulation that will require federal authorities to use a single drug, pentobarbital, in federal executions, according to the DOJ release. That drug is used by several states for lethal injections.

“Congress has expressly authorized the death penalty through legislation adopted by the people’s representatives in both houses of Congress and signed by the President,” Barr said in a statement Thursday.

“Under Administrations of both parties, the Department of Justice has sought the death penalty against the worst criminals, including these five murderers, each of whom was convicted by a jury of his peers after a full and fair proceeding. The Justice Department upholds the rule of law—and we owe it to the victims and their families to carry forward the sentence imposed by our justice system.”

Barr's announcement comes as the number of executions in the United States has declined over the last decade amid concerns about whether capital punishment disproportionately impacts African Americans.

Some states have put a moratorium on the practice or suspended it, as wrongful convictions have also been spotlighted by groups such as the Innocence Project, which have secured the release of a number of death-row inmates in recent years.

And a new report released by the U.S. Bureau of Justice Statistics shows that the number of death-row inmates had fallen for the 17th consecutive year in 2017.

The death penalty has been abolished in about 70 percent of countries, particularly democratic nations similar to the U.S.

In America, policies on executions vary greatly; states including Colorado, Oregon, Pennsylvania and California have issued moratoriums on capital punishment, while it has fallen out of general use in other states.

But for some red states, such as Texas and Alabama, the death penalty is still a common practice.

The Supreme Court repeatedly tussled with capital punishment over its last term, largely over the method of execution used by states.

The justices did, in a 7-2 ruling last month, threw out the death sentence of Mississippi inmate Curtis Flowers, finding that racial discrimination played a role in jury selection for several of his trials.