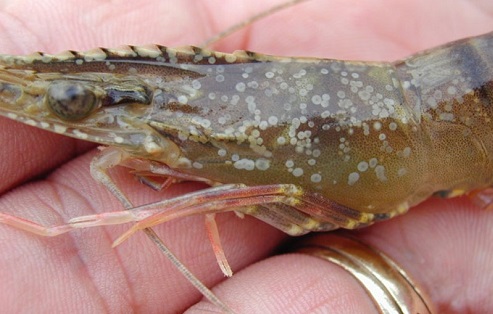 Anglers should only use bait shrimp native to the Gulf of Mexico when fishing in fresh or salt water, according to the Texas Parks and Wildlife Department (TPWD).

Any shrimp species not native to the Gulf of Mexico, including shrimp from other countries like Venezuela or Thailand or from non-gulf states like California, are considered imported shrimp.

According to TPWD, imported shrimp are not harmful to humans when consumed but may carry viruses and diseases that can be transmitted to native Gulf shellfish species. This could cause significant harm to Texas saltwater and freshwater environments.

“If people fishing use imported shrimp as bait, they could introduce a deadly virus known as white-spot syndrome virus to native crustacean (shrimp, crabs and crayfish) populations. If the virus is introduced via infected shrimp, it could wipe out the crustaceans and have devastating consequences for the entire ecosystem,” TPWD Coastal Fisheries biologist Robert Adami said.

Using imported shrimp as bait is also illegal under Texas law, regardless of whether it is alive or dead, whole or in pieces.

The only approved bait shrimp for the Gulf of Mexico are listed below.

White spot syndrome virus is the most commonly transmitted disease when imported shrimp are introduced to Texas waters.