Humanity’s next giant leap: Back to the moon, then Mars 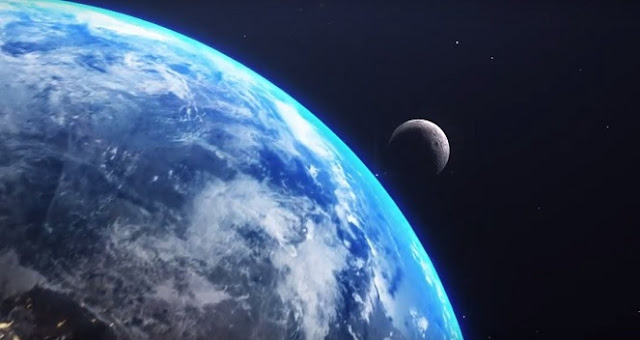 Fifty years ago, our nation rallied American scientific prowess and expedited our technological capabilities to accomplish the greatest achievement in human history: landing a man on the moon. Nothing has unleashed the imagination of the world more nor united humanity better than watching Commander Neil Armstrong take that first step onto the previously untouched lunar surface.

Apollo 11’s timeless story of our nation’s herculean effort to ensure a successful fulfilment of President Kennedy’s vision of landing a man on the moon reveals profound truths we must remember today. If we are to continue to increase humanity’s knowledge in the 21st century and propel forward America’s legacy of elevating the human condition, promoting peace and enabling individuals to realize their true potential, we must, like the Apollo generation, prioritize human space exploration.

Lest we forget, the late 1960s moonshot mission was not by chance, but by choice. Twelve years before Apollo 11, the Soviet Union stunned the United States by launching history’s first artificial satellite. Some Americans’ belief that it was solely the destiny of free nations to lead humanity’s efforts to greater scientific and technological advancements was shaken by the success of our Cold War rival and the acknowledgement by then-President Eisenhower of the “stark fact” that the United States had fallen behind.

The lethargic lull of scientific fatalism afflicted portions of America then as it sometimes does today. There is nothing inevitable about scientific discovery nor is there a predetermined path of cutting-edge innovation. Long hours of arduous study and experimentation are required merely to glimpse a flicker of enlightenment that can lead to greater heights of human achievement. Kennedy understood this as well as the importance of synergizing our national efforts upon a common mission, thereby initiating the countdown of America’s rendezvous with the moon.

Kennedy’s charge galvanized the nation’s energies as American society thoroughly reorganized itself around space exploration and discovery. That massive national effort united Americans in applying their minds to problems never before considered and tackling questions that had no way on Earth to answer.

Furthermore, NASA’s utilization of integrated circuits on silicon chips aboard the lunar module’s computer unit helped jumpstart the budding computer industry into the massive enterprise it is today. Perhaps the most enduring legacy of the Apollo missions was their ability to inspire young Americans across the country to join science, technology, engineering and math related fields of study.

Additionally, the diplomatic capability of space exploration became apparent as the United States soon after partnered with the Soviet Union on what became the Apollo-Soyuz project. Decades later, American astronauts and Russian cosmonauts continue to live and work together aboard the International Space Station.

After more than 50 years, the benefits of human space exploration to humanity are clear. By proud example, the Apollo program taught us we cannot venture aimlessly into the uncharted territory of future discovery merely hoping to happen upon greater advancement.

Technological progress is a deliberate choice made by investing in missions that will expand our limits of understanding and capability. President Trump understands this and he has challenged our nation to return astronauts to the moon by 2024 and then to go forward to Mars. Following his vision, NASA is preparing to use the lunar surface as a proving ground to perfect our scientific and technological knowledge and utilize international partnerships, as well as the growing commercial space industry.

This time when we go back to the moon we are going to stay. The president’s bold directive will enable us to learn how to live on another world, study the effects of deep space on the human body and build a life-supporting architecture that will give humanity access to any part of the lunar surface. This time we also plan to go together. In Greek mythology, Apollo’s twin sister was Artemis, goddess of the Moon. Artemis is the name of our modern space exploration program and through the Artemis program we will land the first woman and the next man on the lunar surface in the next five years.

Today, on the golden anniversary of the Apollo 11 moon landing, NASA looks back with heartfelt gratitude for the Apollo generation’s trailblazing courage as we — the Artemis generation — prepare to take humanity’s next giant leap to Mars.