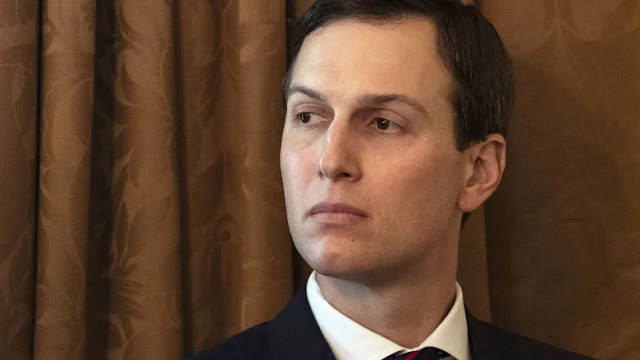 The House Judiciary Committee voted along party lines Thursday to authorize subpoenas for documents and testimony from a dozen current and former Trump administration officials and associates related to the panel’s investigation into alleged obstruction of justice by President Trump.

The committee also voted to authorize subpoenas for documents and testimony related to the Trump administration’s immigration policies, amid massive outrage by Democrats over conditions in detention facilities at the southern border.

The committee approved the resolution authorizing the slew of subpoenas in a 21-12 vote after a contentious markup Thursday during which Republicans and Democrats sparred over the setup of special counsel Robert Mueller’s impending testimony and the immigration crisis.

Committee Chairman Jerrold Nadler (D-N.Y.) is now authorized to subpoena twelve current and former Trump administration officials and associates as part of the committee’s sweeping probe of alleged obstruction and abuses of power by Trump and others in his inner circle.

The resolution approved by the committee Thursday also authorizes Nadler to issue subpoenas  for documents and testimony related to the “zero tolerance” policy, detention or short-term custody of children or migrant families, and “discussions about or offers of presidential pardons to Department of Homeland Security officials or employees.” It is unclear whether Nadler plans to immediately issue the subpoenas authorized on Thursday.

The vote punctuated days of rising outrage over the situation at the border and revelations about the conditions of facilities holding migrants at the southern border. A Department of Homeland Security inspector general report released last week described “dangerous overcrowding and prolonged detention” of immigrant children and adults at facilities in the Rio Grande Valley that require “immediate attention and action.”

Democrats on Thursday accused Republicans of refusing to negotiate bipartisan legislation to reform the U.S. immigration policies. And they blasted the administration for not answering their requests for information about detention facilities.

“We have had no accountability around the Trump administration’s no-humanity policies,” said Rep. Pramila Jayapal (D-Wash.).

Republicans blamed the lax immigration policies of past administrations for causing the current crisis and accused Democrats of ignoring the issue in the past.

“The failure to secure the border is what has caused this crisis,” said GOP Rep. Louie Gohmert (R-Texas).

The committee voted to approve the subpoenas six days before the panel is scheduled to hear public testimony from Mueller about his investigation into Russian interference and potential obstruction by Trump.

Democrats largely used their time to talk about immigration and criticize the Trump administration’s policies.

Republicans used their time to complain about the current format of the Mueller hearing, which is time-limited and thus excludes members from both parties from asking questions. Both the Judiciary and Intelligence committees will question the former special counsel in consecutive hearings on July 16, and 22 members from each committee will be allowed to ask questions during each session.

Rep. Doug Collins (R-Ga.), the committee’s top Republican, accused Nadler of engaging in “political theater” with the subpoenas in his opening remarks and blamed him for negotiating a poor format for Mueller’s hearing.

“We are having our legs cut out from under us by limiting the questioning,” Collins said. “Today’s subpoena binge is an effort to change that narrative. It is a show of force.”

Nadler refused to explain the agreement for Mueller’s testimony when asked by Rep. Martha Roby (R-Ala.) to do so. Committee aides have also cautioned that the situation is still fluid.

“I am not going to comment on that at this hearing, it is beyond the scope of this hearing,” Nadler said, quickly clarifying that he meant to say “markup.”

Later, Nadler said the markup was meant to address “child abuse” and “negligent homicide” by the administration at the southern border and “the flagrant abuses of power, obstruction of justice by this president,” causing Collins to object and accuse him of being out of order.

Nadler later agreed to strike his words about Trump and say “the systematic abuse of power by the president or the administration to defy the subpoenas of this committee or other committees.”

Mueller did not reach a conclusion on whether Trump obstructed his investigation, saying the Office of Legal Counsel (OLC) opinion that a sitting president cannot be indicted him precluded him from deciding whether Trump engaged in criminal wrongdoing. Attorney General William Barr subsequently judged the evidence to be insufficient to accuse Trump of a crime — a move Democrats have excoriated.

The White House has harshly rebuked Nadler’s investigation, accusing the Judiciary panel of attempting a “do-over” of Mueller’s two-year probe, which did not ultimately find sufficient evidence to charge members of the Trump campaign with conspiring with Russia to meddle in the election.

The president lashed out at Democrats in a series of tweets before Thursday’s markup, claiming that Mueller’s report vindicating him of allegations of “collusion” with Russia and obstruction of justice.

“Now the Democrats have asked to see 12 more people who have already spent hours with Robert Mueller, and spent a fortune on lawyers in so doing,” Trump tweeted. “They also want to interview the highly… conflicted and compromised Mueller again. He said he was ‘done’ after his last 9 minute speech, and that he had nothing more to say outside of the No Collusion, No Obstruction, Report. Enough already, go back to work!”

The subpoenas marked an escalation in the committee’s obstruction investigation, expanding out to include additional officials who served on the Trump campaign and other associates who worked outside the White House. The committee had already sent document requests to nine of twelve of the individuals named Thursday. Collins took issue with the fact that the committee had not even contacted a handful of witnesses before subpoenaing them to compel their cooperation.

“He uses a subpoena as the beginning of the dialogue process,” Collins remarked.