Gains do not outweigh the costs of $15 minimum wage 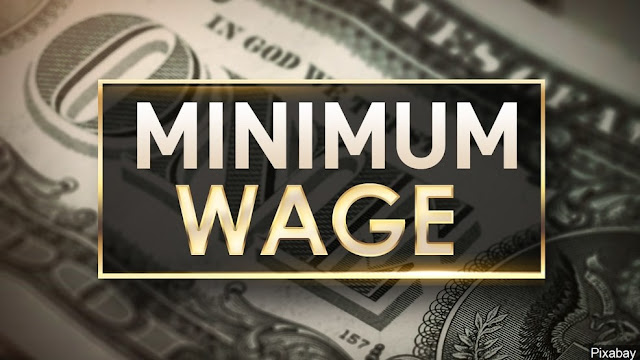 As the House readies to vote on a proposal (H.R. 582, the Raise the Wage Act) to hike the federal minimum wage to $15 per hour, members should ponder two key questions. Will a $15 minimum help or hurt low-income workers? And, at what cost?

The answer to the first question is that it would help some and hurt others.

A new CBO report concludes that the proposed hike would boost the incomes of 17 million workers who currently earn less than $15, and cost 1.3 million low-wage workers their jobs. Women, who hold more low-wage jobs than men, would be hurt the most, accounting for more than 60 percent of the lay-offs.

And that’s not the worst-case scenario. If the CBO’s higher-range estimate of 3.7 million job losses proves correct, then the ratio of workers getting raises to workers losing jobs would drop to only four to one. And remember: while income gains are helpful, job losses can be catastrophic—particularly for low-income workers.

Higher-income earners can usually withstand a job loss because they’re more likely to have savings and their skills translate into more alternative job opportunities. But for low-income earners, losing a job can mean losing their home and trigger a cascade of long-term consequences.

Unfortunately, the most marginalized workers—those with the least education and experience, those with disabilities or criminal records, or the inability to speak English—would be the first to lose their jobs under a $15 minimum wage.

Consider what happened in Seattle when local officials hiked the minimum wage to anywhere between $12 to $16, depending on the size of the employer. It produced a survival-of-the-fittest labor market in which workers with more experience and education come out ahead, while those with the least skills and experience lost ground.

Politicians who embrace a $15 federal minimum wage are effectively telling people that, if you can’t produce at least $35,000 per year (the payroll cost of employing one full-time worker), you have no place in the U.S. labor market.

That’s particularly disturbing for younger and future workers because very few teenagers can produce $35,000 in value without any experience. A $15 minimum would drastically reduce their chances of ever getting that experience.

A landmark study on the long-run effects of minimum wages found that the longer individuals were exposed to higher minimum wages at young ages, the less they worked and earned by their late 20s. The study also noted that, “the adverse longer-run effects are stronger for blacks.”

Clearly, an artificially high wage requirement will leave millions of low-income workers out of work and with less of a chance of finding work. But the CBO report warned of adverse economic consequences for all American families, regardless of income:

Despite net income gains for lower income workers, total family income across the U.S. would be $9 billion lower in 2025.

Everyone would face higher prices as employers shift their higher labor costs onto consumers. These price hikes would chip away at income gains over time.

These higher prices would also increase federal deficits by raising government’s labor costs and the prices it pays for the goods and services it buys, and also because the resulting inflation “could lead to higher interest rates, which could increase federal interest payments and have other budgetary effects.”

The gains from increasing the minimum wage simply do not outweigh the costs. But does this mean that policymakers can do nothing to help improve earnings and opportunities for low-wage workers?

No, it doesn’t. The 2017 tax cuts sparked economic growth that has produced record-low unemployment and significant gains for low-income workers. Over the past year, the wages of the bottom 10 percent of workers increased at twice the rate of the top 10 percent of workers: 6.6 percent vs. 3.3 percent.

Congress should focus on implementing more pro-growth policies, such as reducing barriers to entry for workers and entrepreneurs, ceasing its interference with the growing gig-economy, and getting the government’s fiscal house in order. These types of reforms would help boost incomes and opportunities for all, without eliminating jobs and increasing poverty among the least-advantaged.