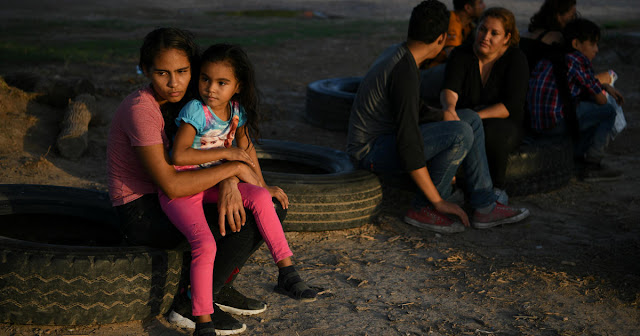 A federal judge ruled Wednesday that he would not halt an effort by the Trump administration to restrict Central American migrants’ ability to apply for asylum in the U.S.

The order from U.S. District Judge Timothy J. Kelly of the District of Columbia came in response to a lawsuit filed by Capital Area Immigrants’ Rights (CAIR) Coalition and the Refugee and Immigrant Center for Education and Legal Services (RAICES), two immigration advocacy groups.

The case is the first challenge to a rule to bar migrants from applying for asylum if they migrated through a third country and did not first seek protection from persecution there on their journey to the U.S.

The two groups filed suit earlier this month a day after the restrictions were first announced. The American Civil Liberties Union (ACLU) has filed a similar lawsuit in San Francisco and is set to deliver arguments Wednesday.

The restrictions particularly impact Central American migrants, who constitute a large majority of those that seek asylum.

The advocacy organizations say the restrictions inflict “immediate and irreparable harm upon asylum seekers by denying them the opportunity to seek asylum in the United States based on asylum bar that is impermissible under the [Immigration and Nationality Act].” They also claim that the restrictions hamper their ability to aid their clients and would force them to “drastically divert or redesign their programs.”

The rule includes exceptions for those who have been the victims of trafficking, migrants passing through countries that have not signed major international refugee treaties and migrants who have been denied asylum in the countries through which they traveled.

According to The Washington Post, the groups have argued that it was a “moral certainty” that migrants, including their clients, are being entered into expedited removal proceedings and then deported because of the new restrictions, adding that 60 percent of their clients could be impacted by the rule change.

They vowed to continue to fight the rule despite Kelly's Wednesday ruling.

“We are disappointed in the court’s decision today, but we will continue to fight to ensure that this harmful rule does not unjustly impact children and adults who apply for asylum as well as immigration legal service providers’ ability to help asylum seekers. This new rule is contrary to our laws and we will continue to challenge this attempt to remove asylum eligibly from those who are fleeing violence and persecution around the world,” said Claudia Cubas, CAIR Coalition’s Litigation Director.

The government has defended the new restrictions as necessary to help an immigration system burdened with a rising number of asylum claims weed out individuals trying to “exploit” the asylum protections.

“The United States is a generous country but is being completely overwhelmed by the burdens associated with apprehending and processing hundreds of thousands of aliens along the southern border,” Attorney General William Barr said in a statement.

“This Rule will decrease forum shopping by economic migrants and those who seek to exploit our asylum system to obtain entry to the United States — while ensuring that no one is removed from the United States who is more likely than not to be tortured or persecuted on account of a protected ground.”

Asylum claims have tripled in the U.S. over the past five years, with fewer than 20 percent of Central American migrants being granted the protections by immigration courts, according to Justice Department figures analyzed by the Post.