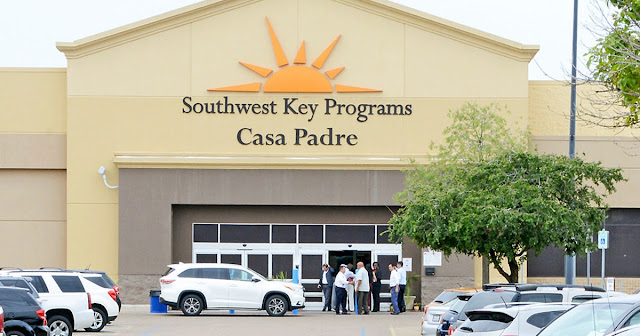 Six top-level executives at a nonprofit group that houses thousands of migrant children for the U.S. government made at least $1 million in 2017, according to tax filings obtained by The Washington Post.

Sanchez left Southwest Key earlier this year amid backlash to his high income, the Post reported. An employee told the newspaper that three of the other officials making at least $1 million have also left.

Southwest Key reportedly shelters about 4,500 minors in Texas, California and Arizona, a little more than a third of the 12,500 children and teens held by the Department of Health and Human Services.

The nonprofit has an annual contract of about $460 million, and it has received more than $1 billion since 2014, according to federal records analyzed by the Post.

Joella Brooks, who as chief operating officer made more than $1.2 million in 2017 and is now interim chief executive, told the Post that the life insurance and retirement policy Sanchez credited for his high salary have been abandoned.

Brooks said in a statement to the outlet that she “and other leaders who participated in the program separately agreed to return substantial portions of the life insurance benefits.”

She added the nonprofit was “moving in a new direction” with a new chief financial officer and that she has asked top officials to reevaluate compensation.

“These retirement and life insurance programs were designed and implemented by executives no longer with us,” Brooks told the Post. “Those who participated in this program and have left are required to return a significant amount of the retirement portion of the funds that are not vested. We’ve recovered hundreds of thousands of dollars so far.”