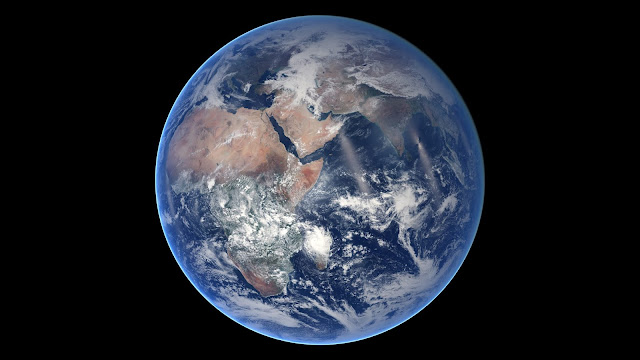 Environmentalism is growing increasingly anti-capitalist and anti-human. Rather than aimed primarily at preventing or cleaning up pollution, these days, the louder voices within the movement seem less intent on preserving ecosystems and protecting wild places than they are with invoking global warming hysteria as the pretext to throttle capitalism, along with the liberty and prosperity it enables.

Here’s a very clear example that doesn’t hide its true intentions behind false promises of creating a vibrant new economy from the renewable energy industries. Writing in the New Statesman, British journalist Paul Mason argues that to stop global warming, we have to put the government in complete, iron-fisted control of, well everything. From, “My Manifesto for a Post-Carbon World:”

Few people are yet prepared to accept that, to save the planet, we have to end capitalism – and on a timescale that even an ardent Leninist might find optimistic . . .

Based on any scientific reading, we are obliged to bracket that proposition within a deeper contradiction: capitalism has run out of time. It took off by using the planet as a source of free, carbon-based energy and as a wastepipe for gases that warm the atmosphere. But that process has now reached its limits. It is, of course, easy to imagine a non-carbon form of capitalism – as long as you admit that it’s like imagining a non-racist form of Nazism: theoretically possible but unlikely, given the historic patterns already set.

Never mind that the worst polluting countries are Communist — have you ever tried to breathe in China? And never mind that the cleanest economies that are not failed states like North Korea are based on free-market principles.

In fact, North Korean-style hyper-control seems to be Mason’s model:

Andreas Malm, a left-wing Swedish climate writer, argues that, at a minimum, we should: stop building carbon-burning power plants; shut the existing ones down; end the expansion of air, sea and road travel and introduce a rationing system for transport; expand mass transit systems; switch urgently to locally grown food; dismantle the meat industry and switch to plant-based proteins; and pour money into carbon removal technologies.

That would, says Malm, amount to the equivalent of Marx’s ten-point reform programme in The Communist Manifesto.

Does Mason think that seven billion people could be fed under such a system? Does he really think that local farms that couldn’t emit carbon in the growing or transportation of their produce would have the capacity to feed millions in cities? Or, does he simply not care?

Mason says we should borrow the tens of trillions needed to accomplish his authoritarian goals. Printing money always works out so well! Never mind, a “hegemonic” tyranny will make it all happen:

Let’s be honest: centralised government action will be required to forcibly alter or shut down some key business models in the private sector and to enforce behavioural change. Energy-intensive industries such as steel will either have to be shut down or receive large state subsidies. Meat farming will end. Major airports such as Heathrow will probably end up being rewilded.

With advocacy such as Mason’s, the increasing popularity of “nature rights” within environmentalism — that also seeks to impede prosperity more than prevent pollution — and the extreme impositions envisioned by the Green New Deal, we can see that the idealism of the environmental movement has devolved into a convergence of human loathing and renewed advocacy for hard-fisted Marxism that threatens calamity.

The only way these people can succeed is if too many of us don’t take them sufficiently seriously to defeat them utterly and transform their ranting into so much spitting into the wind.