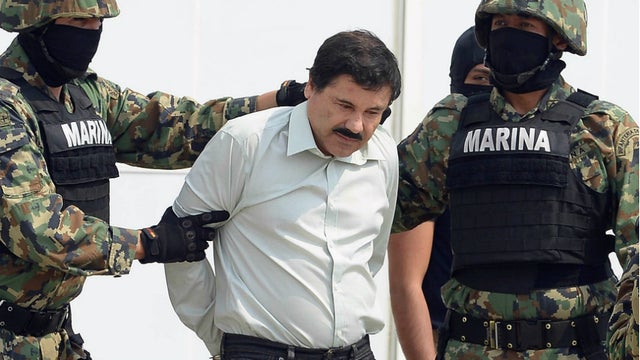 Mexican drug lord Joaquín "El Chapo" Guzmán was sentenced to life plus 30 years in a U.S. prison Wednesday, bringing an end to a decades-long criminal career at the top of the narcotics trade.

The sentence, handed down by a federal judge in Brooklyn, comes without the possibility of parole. Guzmán was found guilty in February of charges including narcotics trafficking, using a firearm in furtherance of his drug crimes and participating in a money laundering conspiracy.

“The long road that led Chapo Guzmán from the mountains of Sinaloa to the courthouse behind us today was paved with death, drugs and destruction, but it ended today with justice,” Brian Benczkowski, assistant attorney general for the Justice Department’s criminal division told reporters after the decision.

“Mr. Guzmán thought that for more than 25 years that he was untouchable, that there was no problem affecting the Sinaloa cartel that he couldn’t bribe, torture or kill his way out. But thanks to the hard work of the men and women of federal law enforcement … justice was done today for the American people.”

The 62-year-old kingpin, who was brought to the U.S. to stand trial after twice breaking out of Mexican maximum security prisons, claims he was framed by lying witnesses and jurors and denied a fair trial, with his attorney calling the proceedings Wednesday a “show trial.”

The trial exposed Guzmán’s heading of a vast communications, money laundering and logistical network over a drug route from South America to American cities.

Prosecutors worked to make the case that Guzmán was played a chief role in building the Sinaloa cartel into a narcotics empire that smuggled cocaine from Colombia, through Mexico, into the United States, saying the criminal enterprise generated billions of dollars in illicit profit over the last 25 years.

“This sentence is significant and it is well-deserved. It means that never again will Guzmán pour poison over our borders, making billions while millions of lives are lost to drug violence and drug addiction,” Richard Donoghue, the United States Attorney for the Eastern District of New York, told reporters.

Guzmán’s defense lawyers told reporters after the trial they intend to appeal the decision, citing their claims of a faulty hearing and what they say were poor conditions in which Guzmán was held.

His attorneys added that they suspect he will head to a super-maximum security prison.