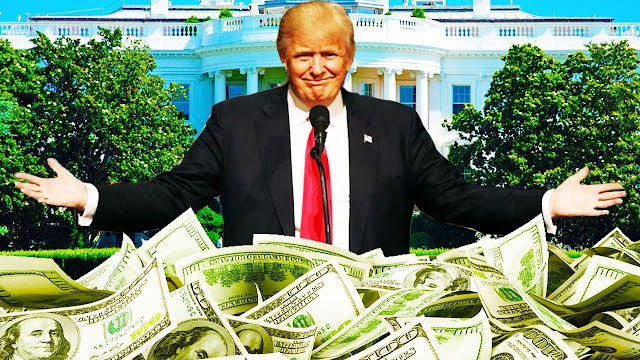 If you want to understand how little most Republicans in office prioritize fiscal responsibility, check out their responses to the debt and budget agreement reached this week between congressional Democrats and the White House, which ranged from enthusiastic to tepid to unsure. Missing from the conversation about whether the spending hikes are fine or just tolerable was any notable discussion about spending less – at least on certain things – and what that might look like.

In a Monday tweet, President Trump hailed the budget deal as “a real compromise in order to give another big victory to our Great Military and Vets!” House Majority Whip Kevin McCarthy (R-Calif.) said, “While this deal is not perfect, compromise is necessary in divided government.” Senator David Perdue (R-Ga.) similarly described the deal as a “reasonable compromise.”

Former Massachusetts governor-turned Utah Senator Mitt Romney, the same man who implemented the state version of Obamacare before Obamacare was a thing, gave a cryptic “No comment.” Economic advisor Larry Kudlow defended the deal by saying that it contained "very modest" spending increases. But not to worry, President Trump will focus more intently on trimming deficits if he's elected for a second term.

The reality, though, is this deal is horrendous. See for yourself.

A few days ago, the Office of Budget Management announced that the deficit would soon hit $1 trillion. It’s not only several years earlier than originally projected, it is also a fast-growing deficit in a booming economy. Under Trump, spending will have increased by 22 percent.

With that in mind, recall that this deal will lift the spending caps Republicans secured in a 2011 deal with then-President Obama to raise the debt limit—an increase in discretionary federal spending above the agreed upon levels by $322 billion over two years. As a result, the debt will grow an additional $1.7 trillion over ten years. If you add the increase in discretionary spending agreed to in this deal to this year’s projected spending, you get $420 billion over last year—a 10 percent increase.

And why did they agree to this additional spending? More debt! Under this deal, there will be absolutely no limit on how much new debt Uncle Sam can accumulate between now and July 31, 2021. The compromise is effectively more spending in exchange for more debt. Try selling that one to your banker!

To be fair to this administration, this isn’t the first time congressional Republicans have messed with the caps. This is the fourth two-year deal lifting the caps since they were agreed upon in 2011. There was also a one-year delay in the caps’ implementation in 2013, which means that Congress has broken its own spending limits 100 percent of the time.

The idea that this extra spending was necessary to get an increase in the debt ceiling is bogus. Trump’s own budget director, Mick Mulvaney, was strongly advocating for the implementation of a one-year overall spending freeze instead of this spending frenzy. This option would have made demanding more spending cuts in the next year, which the president claims he wants, easier. It could have also been a political winner: Republicans would have been more fiscally responsible going into 2020, while possibly leaving Speaker Pelosi to explain why she preferred to let the government default on its debt rather than take that deal.

As for the excuse that this is a great victory for the military, it is getting old. Despite what many Republicans believe, not every additional dollar spent on defense will produce an additional dollar of national security. The Department of Defense, an agency that repeatedly fails its audit and seems to have no clue where all of its money is, is not exempt from the waste, fraud and abuse that takes place in other areas of the budget.

Those of us who prefer restraint with our children’s tax dollars to a helpless cycle of ballooning deficits and broken promises can still hope for Uncle Sam to someday exercise a reasonable amount of control over his spending. What might that look like?

For one thing, Congress should be willing to look to every department and every program for significant savings—including the Department of Defense. Then, it must address the drivers of our future debt: Social Security, Medicare and Medicaid. It should return to the private sector and to the states those functions that don’t belong at the federal level, including transportation and education. Finally, it should cut all subsidies to private companies, which include export subsidies, handouts to small businesses and farmers, most programs in the Department of Commerce and more.

I’d say it’s wishful thinking, but eventually it stops being much of a choice.