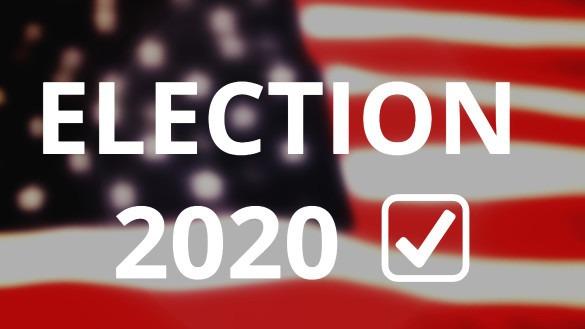 Democrats are worried that turmoil in their party’s House campaign arm could come back to haunt them in next fall’s congressional elections.

Long-simmering frustration over Democratic Congressional Campaign Committee (DCCC) Chairwoman Cheri Bustos’s (Ill.) leadership spilled into the public view this week as black and Hispanic lawmakers demanded an overhaul due to the lack of racial diversity at the top rungs of the organization.

The upheaval comes at a critical moment for House Democrats, who are preparing to test their 2018 political gains for the first time with President Trump on the ballot.

Democrats enter the 2020 cycle with a 235-197 advantage in the House, but Republicans are on offense in dozens of districts they lost in the previous election, including 31 districts carried by Trump in 2016.

The fight for the House could be a nail-biter, with 89 congressional districts decided by fewer than 10 points in 2018.

The DCCC is pushing promising candidates to make final decisions about running for Congress next year. Some are worried that the drama in Washington could lead some of those recruits to pass.

“We’re watching the meltdown of the DCCC around us, and it’s because of Cheri Bustos,” said one former senior DCCC official, who asked not to be named to offer a candid assessment. “If there’s no confidence in the chair, what motivation would any donor have to make a donation?”

Other Democrats are more sanguine about their chances of holding the House despite the DCCC’s problems.

They note that the party holds an 8-point lead in the generic congressional ballot, and Trump’s approval rating with minority and female voters is abysmal.

For Republicans, there are fears that the dam is about to burst on a wave of retirements that could make their efforts to gain seats in the House more difficult. So far, six GOP House members have decided not to seek reelection.

“The DCCC will get back on track after a restructuring,” said a second former official. “This isn’t a massive setback to the political operation. Certainly there is work to be done with member relations and getting the caucus aligned on messaging and support for the chair, but in terms of executing the political strategy and supporting the frontliners, they’ll be fine.”

“Frontliners” are the 36 Democratic lawmakers in the DCCC’s frontline program, which protects vulnerable incumbents.

Some Democratic members of Congress had raised concerns about the DCCC for months, beginning in February, when senior members of the Congressional Hispanic Caucus pushed Bustos to diversify the committee’s ranks.

Most of the top staffers who fell on their swords Monday were Bustos loyalists who had worked for her political campaigns or her House office in recent years.

Bustos sought to quell the uproar, acknowledging in a statement that she had “fallen short.”

“To my colleagues, who I have the upmost respect for, I hear your concerns, and we can and must do better,” Bustos said.

“Today has been a sobering day filled with tough conversations that too often we avoid, but I can say confidently that we are taking the first steps toward putting the DCCC back on path to protect and expand our majority, with a staff that truly reflects the diversity of our Democratic caucus and our party.

“I have never been more committed to expanding and protecting this majority, while creating a workplace that we can all be proud of. I will work tirelessly to ensure that our staff is truly inclusive,” she said.

The DCCC has tapped a committee to lead the search for replacements for the resigned staffers, and it is to be focused on diversity.

It’s not entirely clear if Bustos is out of the woods.

She won the election to head the DCCC over Reps. Denny Heck (D-Wash.) and Suzan DelBene (D-Wash.), and there is no formal mechanism for forcing her out of her job.

Speaker Nancy Pelosi (D-Calif.) is under the microscope, since she’d have the power to either give Bustos a vote of confidence or force her out.

“All of this is going to fall on Pelosi’s shoulders, and she is going to have to make a decision,” the first former DCCC official said.

Pelosi’s office and the DCCC did not respond to a request for comment.

This is not the first controversy to roil the DCCC under Bustos’s leadership.

House Democratic leaders stepped in to defend Bustos after liberals grew angry over a policy that requires DCCC-approved consultants to pledge not to work for any candidate challenging a sitting Democratic member of Congress.

Liberal groups and members of Congress, including several who beat sitting incumbents, have objected to what they deem a “blacklist” aimed at freezing out young progressive candidates looking to be the next Rep. Alexandria Ocasio-Cortez (D-N.Y.).

And Monday’s resignations underscore the racial divisions among Democratic House members, even as they try to keep the focus on Trump, and what they view as the racist rhetoric and policies coming out of the White House.

This month, tensions exploded when Ocasio-Cortez accused Pelosi of singling out Democratic women of color for criticism.

Pelosi had been dismissive of the political influence held by Ocasio-Cortez and three other freshman women, Reps. Ilhan Omar (D-Minn.), Rashida Tlaib (D-Mich.) and Ayanna Pressley (D-Mass.), known collectively as “the squad.”

Pelosi’s allies in the Congressional Black Caucus were furious, lashing out at Ocasio-Cortez for playing the “race card” and for seeking to oust black lawmakers by endorsing their primary challengers through the group Justice Democrats.

Trump’s tweet that the lawmakers should “go back” to where they came from had united Democrats in opposition to him.

But now the party is being forced to deal with another racially charged squabble at the DCCC.