Democrats turning on each other amid allegations of racial insensitivity 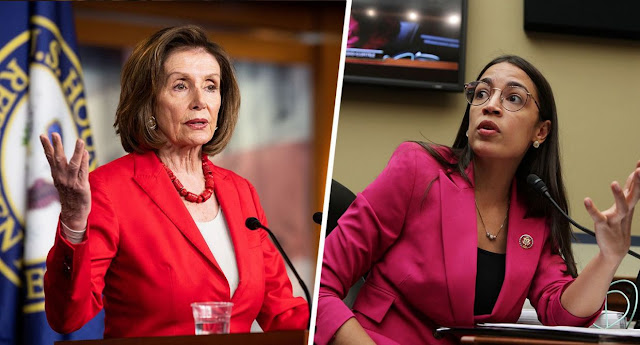 Democrats who have called President Trump and his polices racists are now pointing fingers at each other on issues of race.

Allegations of racial insensitivity are flying between the 2020 Democratic contenders, as well as between House Democrats, raising concerns that internecine squabbles over identity and race are tarnishing party leaders and distracting Democrats from their goal of ousting the president in 2020.

The racially-charged controversies, which have swirled around former Vice President Joe Biden and Speaker Nancy Pelosi (D-Calif.) have also put a spotlight on a generational rift within the party.

Longtime Democratic leaders are facing new scrutiny from younger peers over their past records. And they’re being called out for their rhetoric, which in some cases has offended the younger generation of liberals.

Frustrated lawmakers say the backbiting over race has gotten out of control. They want to see it come to an end so that Democrats can return focus to their agenda in the House and defeating Trump at the ballot box.

“It’s damaging to this party and the internal workings of the Democratic Party,” said Rep. Wm. Lacy Clay (D-Mo.). “I can tell you it’s not helpful.”

Tensions exploded on Capitol Hill this week after Rep. Alexandria Ocasio-Cortez (D-N.Y.) accused Pelosi of singling out women of color for criticism, as divisions linger over the passage of a $4.6 billion border bill.

Pelosi has been dismissive of the influence on Capitol Hill held by Ocasio-Cortez and three other rising party stars, Reps. Rashida Tlaib (Mich.), Ilhan Omar (Minn.) and Ayanna Pressley (Mass.), the group of freshmen female lawmakers with massive followings on social media.

CBC members, such as Clay, exploded in anger at Ocasio-Cortez for having “used the race card” and accused progressives of seeking to oust black lawmakers by endorsing their primary challengers.

The progressive group Justice Democrats, which is closely aligned with Ocasio-Cortez, is supporting primary challengers to several longtime Democrats, including Clay and Rep. Henry Cuellar (D-Texas), a Hispanic Caucus member.

Justice Democrats have also considered a challenge to Democratic Caucus Chairman Hakeem Jeffries (D-N.Y.), a CBC member who is viewed by many as a potential heir to Pelosi.

“Donald Trump has brought the question of race to the forefront of American politics, so it’s no surprise that there will be ongoing and continuous and serious and often uncomfortable public discussions on the subject,” Jeffries said. “At the end of the day, our common enemy is Donald Trump, not other members of the House Democratic caucus.”

In the presidential race, Biden’s backers are still fuming over what they view as a dishonest characterization of his record on race by his rivals for the presidential nomination, including Sens. Kamala Harris (D-Calif.) and Cory Booker (D-N.J.).

Harris catapulted into the top tier of Democratic presidential contenders after an exchange with Biden at the first presidential debate. The California Democrat called Biden’s remarks about finding common ground with segregationist senators “hurtful” and she attacked him for his decades-old opposition to a federal busing program aimed at integrating schools.

“I think Sen. Harris is out of control,” said Rep. Don McEachin (D-Va.), a CBC member who has endorsed Biden for president.

Booker had previously taken a dig at Biden, saying that the former vice president’s recollection of never having been addressed as “boy” by the segregationist senators was “hurtful” to black people and showed a “lack of understanding” about racial power dynamics.

Biden has slipped some in the polls since the first debate, but he remains the frontrunner in the Democratic presidential primary in part because of his strong support from black voters.

Taken together, the controversies have Democrats shaking their heads over how they have reached the point of attacking one another over race.

“They should be pointing the finger at Mitch McConnell and Donald Trump,” said Rep. Bonnie Watson Coleman (D-N.J.), the first black woman elected to Congress from New Jersey.

Republicans are relishing the fight, describing it as the culmination of the left’s obsession with identity politics.

“Madam Speaker, welcome to the true nature of identity politics - where you’re accused of being racist for no reason at all, and where intellectually lazy insults are used against you as a way to replace substantive debate of your argument or idea,” Rep. Dan Crenshaw (R-Texas) said over Twitter.

Some liberals described the fighting as driven by the generational divide, rather than the belief that some in the party harbor racial animus.

“There’s an old guard and a new guard and there’s going to be some friction there,” said one Democratic lawmaker who requested anonymity.

Activism around racial issues has been a hallmark of the ascendant left-wing of the party, led by Ocasio-Cortez.

Cornell William Brooks, the former president of the NAACP and a current professor at the Harvard Kennedy School, said the raging debate is largely the result of a generational divide and a matter of style.

The young liberal lawmakers, Brooks said, have enormous influence on social media and have used their platform to draw attention to what they view as racial biases, whereas veterans of the civil rights movement are focused more on institutional or explicit racial inequality.

“These young lawmakers came of age politically at a moment in the country when there has been unprecedented levels of activism,” Brooks said. “They practice politics as protest, whereas Pelosi practices it through the art of compromise in governing, so this has a lot to do with generation, not just race.”

“For younger voters, they’re used to expressing their thoughts about racial, ethnic, or gender identity implications through Tweeted speech, whereas the older generation is more focused on intent, rather than what is implied.”