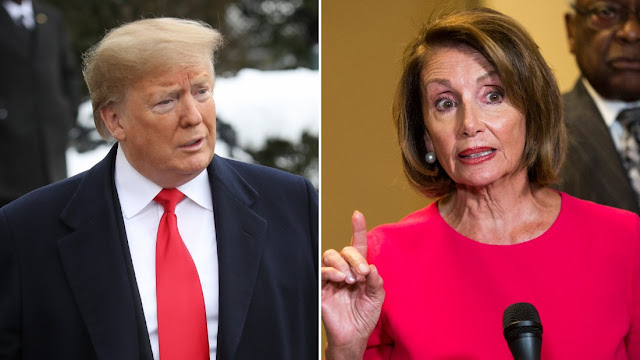 Conservatives are outraged about the $320 billion budget deal President Trump announced Monday, and they are not holding back.

Rep. Mark Walker (R-N.C.), a member of House leadership, tweeted out a gif of the Joker burning a giant pile of cash when the announcement came out.

“Our credit card is maxed out,” he wrote in a follow-up Tweet. “What this budget deal does is ask the credit card company for another $320 billion in credit NOW for the chance to get paid back $75 billion in a decade. No bank would take that. American taxpayers shouldn’t either,” he added.

Rep. Chip Roy (R-Texas), a member of the House Freedom Caucus, on Monday penned a letter to Trump opposing the agreement and has since said he is “on board” with energizing conservatives to defeat the bill.

The Committee for a Responsible Federal Budget, a watchdog that advocates for lowering deficits, estimated that the deal would cost $1.7 trillion over a decade, and add another 5 percentage points to the debt by the end of the decade.

Since Trump took office, the debt has grown from just under $20 trillion to over $22 trillion. While mandatory spending remains the largest driver of deficits, the 2017 GOP tax law was projected to add $1.9 trillion to the deficit over a decade, and bipartisan deals to increase defense and domestic spending have added billions more.

"President Trump will have set the record for the largest increases in federal spending in the history of our country, surpassing George W. Bush's Republican record," said one member of the conservative Freedom Caucus.

The caucus is expected to meet Tuesday to discuss the deal. But its leaders, Reps. Mark Meadows (R-N.C.) and Jim Jordan (R-Ohio), both key Trump allies, have remained uncharacteristically quiet since the deal's announcement, focusing their recent fire on an upcoming hearing with former special counsel Robert Mueller.

Other conservatives have also been wary of criticizing Trump, who enthusiastically supported the deal in a tweet.

“President Trump has worked hard in his budget to restrain Congress’s unending desire to spend, but we can’t support this spending deal,” said David McIntosh, president of the Club for Growth.

“We also hope President Trump gives Secretary Mnuchin a copy of The Art of the Deal so that he will not be as weak and give in to liberal demands in future negotiations,” McIntosh said.

Other outside groups and influencers were less reticent about criticizing Trump.

Adam Brandon, the president of FreedomWorks, a conservative group, called the deal a “disgrace.”

The conservative Heritage Foundation, which has played a key role in crafting some Trump White House policies, didn’t hold back either.

“This deal comes less than four years after President Trump campaigned to balance the budget by cutting spending and after his administration produced three budgets to move toward fiscal sustainability,” said Heritage scholar Paul Winfree.

“If President Trump takes this deal — the worst in a decade — his fiscal legacy will be no different than the Obama and Bush administrations that he has criticized,” he added.