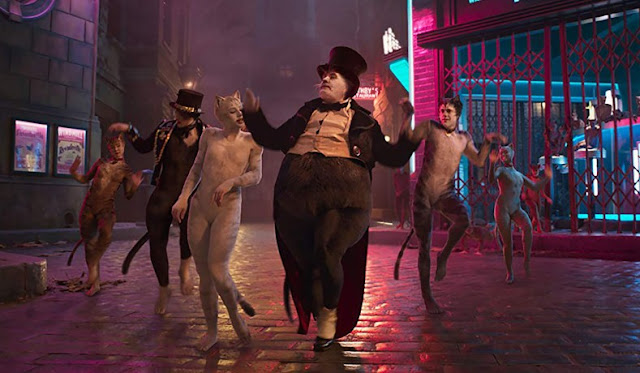 Making a film of Cats is a bold endeavor — it is a musical with no real plot, based on T. S. Eliot’s idea of child-appropriate poems, and old Tom was a strange cat indeed.

Casting Idris Elba as the criminal cat Macavity seems almost inevitable — he has always made a great gangster — but I think there was a real missed opportunity with Grizabella, the washed-up, over-the-hill former beauty (and prostitute), who will be played by Jennifer Hudson. Jennifer Hudson is great, and she’ll kill “Memory,” the show’s most famous song.

But at the risk of sounding like I’m endorsing identity politics here, it would have been interesting to cast someone in the role who actually is a washed-up former glamour girl with a seedy reputation. Madonna is the obvious choice, but a really inspired pick would have been poor old Sinéad O’Connor (who is going by Shuhada’ Davitt these days), who seems to be a kind of real-world Grizabella and can sing the heck out of a big Andrew Lloyd Webber tune.

It is true that Hayward is not white. She is also — following along, now! — not a cat. It was not very long ago that Britain’s first black professional ballet dancer (who got her professional start in the United States) experienced a very different world: “Her dreams of a contract with London Festival Ballet, having appeared in Nureyev’s Sleeping Beauty, were dashed when she was told that Beryl Grey believed that, ‘If they are white swans, they all have to be white swans.’ She wasn’t talking about the costumes.”

Anybody who has put in the superhuman work to dance at Hayward’s level can be any damned kind of swan or cat she wants to.