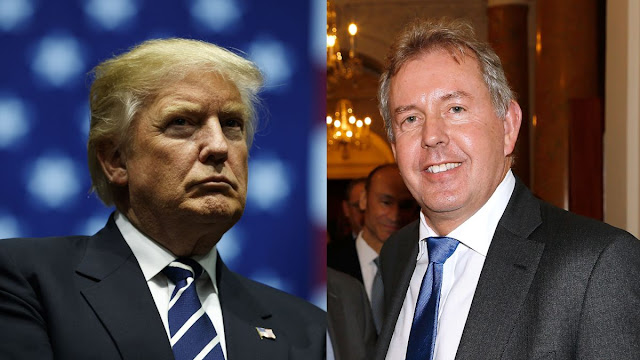 The British government on Monday continued to defend its ambassador to the U.S., Kim Darroch, after reports revealed he called President Trump “inept” and incompetent” in leaked cables.

“We have made clear to the US how unfortunate this leak is,” the government said in a statement, according to The Washington Post. “The selective extracts leaked do not reflect the closeness of, and the esteem in which we hold, the relationship.

“At the same time we have also underlined the importance of Ambassadors being able to provide honest, unvarnished assessments of the politics in their country,” the statement continued. “Sir Kim Darroch continues to have the Prime Minister’s full support.”

In memos and notes sent to the British Foreign Commonwealth Office, Darroch also described conflicts within the Trump administration as “knife fights” and said he doesn’t believe the White House will “ever look competent.”

Trump tweeted on Monday after the leaked cables were reported that he would “no longer deal with” Darroch, adding that “I do not know the Ambassador, but he is not liked or well thought of within the U.S. We will no longer deal with him.”

Shortly after Trump’s tweet, an administration official said Darroch was disinvited from a Monday night dinner hosted by Treasury Secretary Steven Mnuchin with Trump and the emir of Qatar.

The British government defended Darroch following reports of the memos, saying Saturday that "the British public would expect our ambassadors to provide ministers with an honest, unvarnished assessment of the politics in their country" and that "their views are not necessarily the views of ministers or indeed the government."

"But we pay them to be candid," the British Foreign and Commonwealth Office said. "Just as the U.S. Ambassador here will send back his reading of Westminster politics and personalities."

Trump ramped up his criticism of Darroch Tuesday morning, tweeting that he is “a very stupid guy” and a "pompous fool."