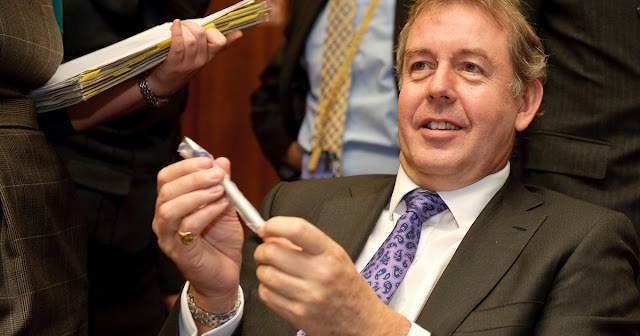 The British ambassador to the U.S. resigned on Wednesday, days after leaked cables that criticized President Trump escalated tensions between the two close allies.

Kim Darroch’s resignation came one day after Trump bashed him as a “very stupid guy” and “pompous fool” and his tenure became a flashpoint in the race to replace outgoing British Prime Minister Theresa May.

“The current situation is making it impossible for me to carry out my role as I would like,” Darroch wrote in his resignation letter, released by the U.K. Foreign Office. “Although my posting is not due to end until the end of this year, I believe in the current circumstances the responsible course is to allow the appointment of a new ambassador.”

Darroch added that he is “grateful to all those in the UK and the US, who have offered their support during this difficult few days,” which he said has “brought home to me the depth of friendship and close ties between our two countries.”

Darroch’s blunt assessment of the president and his administration appeared in diplomatic cables intended for a private audience of senior officials in London. But the documents were leaked and published in a U.K. newspaper on Sunday.

The ambassador described the Trump administration as “clumsy and inept” and wrote that Trump was “radiating insecurity,” adding that his presidency could end in “disgrace and downfall.”

Trump reacted angrily, saying Monday that he would “no longer deal” with Darroch and suggested things could change once Britain selects a new prime minister. He also lashed out at May, saying she handled Brexit in a “foolish way.”

The president froze the ambassador out of a Monday night dinner with the emir of Qatar and other meetings with top advisers, including Trump’s daughter Ivanka, were scrapped.

By resigning now, Darroch could allow May to choose his replacement before she steps down at the end of the month.

The British government has defended Darroch in the days following the leak, saying that diplomats must offer frank assessments in the country where they serve.

Foreign Secretary Jeremy Hunt, one of the candidates vying to replace May, said the president’s comments were “disrespectful” and vowed to keep Darroch on board in Washington.

But his main rival, Boris Johnson, declined to condemn Trump and was noncommittal about keeping the ambassador. A staunch support of Brexit, Johnson has touted his close ties to Trump and the White House to argue he can secure a trade deal with the U.S.