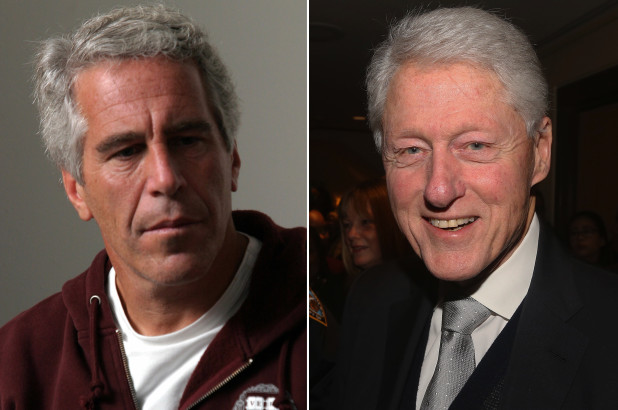 Former president Clinton on Monday issued a statement on new sex trafficking charges against billionaire financier Jeffrey Epstein, saying he knew nothing about the “terrible crimes” Epstein is accused of.

“President Clinton knows nothing about the terrible crimes Jeffrey Epstein pleaded guilty to in Florida some years ago, or those with which he has been recently charged in New York,” the statement from a Clinton spokesperson reads.

“In 2002 and 2003, President Clinton took a total of four trips on Jeffrey Epstein’s airplane: one to Europe, one to Asia, and two to Africa, which included stops in connection with the work of the Clinton Foundation,” the statement adds.

Epstein has previously been tied to Clinton and President Trump. Flight logs from Epstein’s private jet published by Gawker in 2015 put Clinton on the plane more than a dozen times.

Epstein was arrested over the weekend on new sex trafficking charges and has pleaded not guilty. U.S. Attorney Geoffrey Berman said nude photos of apparently underage girls were recovered from the financier’s Manhattan mansion.

The new charges have also led to increased scrutiny of Labor Secretary Alexander Acosta, who as U.S. attorney approved Epstein’s 2008 plea deal on charges of soliciting underage girls that allowed him to serve just over a year and spend 16 hours a day outside prison.