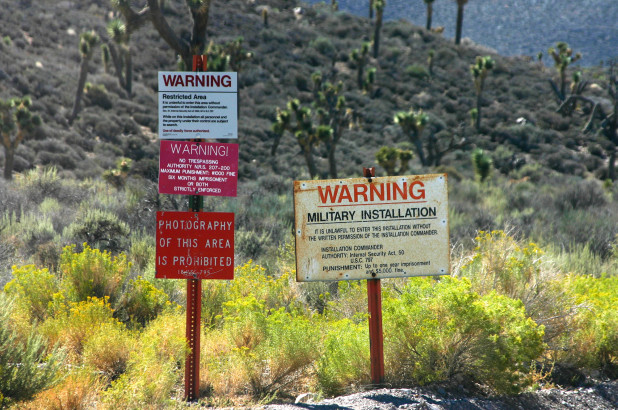 The Air Force gave a word of caution to the thousands of people planning to storm Area 51 in Nevada later this year, warning the UFO enthusiasts that the military “stands ready to protect America and its assets.”

Pressed by The Washington Post on Friday about how officials plan to respond to those who turn up to the Nevada base, Air Force spokeswoman Laura McAndrews declined to elaborate on specific details.

However, she did issue a warning to those who may be serious about a plan to infiltrate the Nevada Air Force base.

“[Area 51] is an open training range for the U.S. Air Force, and we would discourage anyone from trying to come into the area where we train American armed forces,” McAndrews told the paper.

“The U.S. Air Force always stands ready to protect America and its assets,” she added.

Conspiracy theorists have long believed that the government holds secret information about extraterrestrial life at Area 51. They also allege that the area has been the site of frequent UFO sightings.

More than 400,000 people have signed up to “storm Area 51” through a Facebook event page. More than 450,000 others have indicated interest in the event.

“We will all meet up at the Area 51 Alien Center tourist attraction and coordinate our entry,” the event description reads. “If we naruto run, we can move faster than their bullets. Lets see them aliens.”

As of Saturday afternoon, the event remains scheduled to take place on Sept. 20 at Area 51.