About that Supreme Court ruling on border wall funding 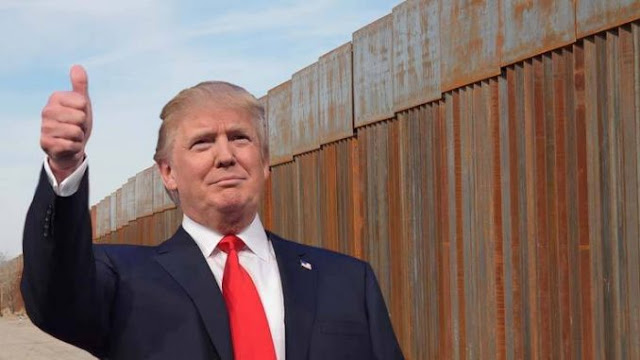 The Supreme Court of the United States granted the Trump administration’s request to stay a district court’s permanent injunction against the diversion of $2.5 billion in military spending to begin construction on portions of Trump’s border wall. In plain English, this means the wall construction can begin.

I believe this is the right result, for now, and I’ll explain why.

The background here is relatively simple. When Trump announced that he was going to proceed with wall construction without a specific congressional authorization, he identified multiple funding sources to finance the wall. These funding sources are outlined in his February 15, 2019, announcement:

• Including funding in Homeland Security appropriations, the Administration has so far identified up to $8.1 billion that will be available to build the border wall once a national emergency is declared and additional funds have been reprogrammed, including:

• About $601 million from the Treasury Forfeiture Fund

• Up to $2.5 billion under the Department of Defense funds transferred for Support for Counterdrug Activities (Title 10 United States Code, section 284)

• Up to $3.6 billion reallocated from Department of Defense military construction projects under the President’s declaration of a national emergency (Title 10 United States Code, section 2808)

The source at issue in this case is the $2.5 billion transferred under section 284, not the $3.6 billion reallocated under the national emergency declaration.

The Sierra Club and an organization called the Southern Border Communities Coalition filed suit, alleging that the funding diversion would harm the environment and that it represented an improper, unlawful diversion of funds in violation of specific congressional appropriations.

But American citizens don’t have freestanding rights to walk into court and challenge administration expenditures. They have to show that they have standing — that the specific plaintiffs suffered a concrete and legally-recognized injury as a result of the government’s action. In this case, while the private parties were claiming that the diversion of funds created concrete harms on the ground along the southern border, it’s less clear how the plaintiffs themselves were harmed by the government’s action.

Thus, as Justice Breyer noted in his partial concurrence and partial dissent from the Supreme Court’s decision, “This case raises novel and important questions about the ability of private parties to enforce Congress’ appropriation power.”

In its application for a stay, the Trump administration argued that the “injunction was entered at the behest of private parties whose asserted recreational and aesthetic interests in the enjoyment of public lands do not fall within the zone of interests protected by the transfer statute, and who are thus not, in any event, proper plaintiffs to sue to enforce the conditions in that statute.”

Five justices of the Supreme Court agreed, at least for now, holding that it “among the reasons” it granted the stay “is that the Government has made a sufficient showing at this stage that the plaintiffs have no cause of action to obtain review” of the relevant administrative action.

To be clear, this is not a final judgment for the administration, nor does it represent a ruling that the administration’s diversion of funds was lawful. It merely casts substantial doubt on whether the plaintiffs are the right parties to seek to protect Congressional authority. The stay remains in effect while the Ninth Circuit decides the case and until ultimate disposition in the Supreme Court.

Judicial overreach isn’t merely a product of erroneous decisions on the merits. It depends on stretching other doctrines beyond their proper bounds. As I’ve written before, nationwide injunctions grant individual district court judges an enormous amount of power to block the actions of the political branches of government. Lax standing rules grant activists almost unlimited ability to launch waves of litigation, often in cherry-picked jurisdictions.

The Supreme Court may ultimately decide this case on the merits (and I’m less convinced on the merits, frankly), but for now it’s right to cast doubt on a sweeping lower-court injunction granted on behalf of plaintiffs who haven’t yet been able to adequately articulate the legally recognized harms they’ve suffered in what is ultimately a battle between Congress and the president of the United States.