A few things to watch during Mueller testimony 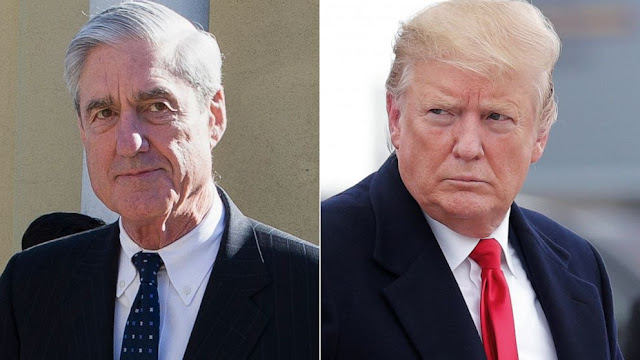 Former special counsel Robert Mueller will testify before Congress on Wednesday in the most anticipated hearing of the year.

It comes more than three months after his 448-page report became public, and two days before the House embarks on a six-week recess.

Mueller has made it clear he is a reluctant witness, and his appearance comes much later than many Democrats would have desired.

It’s uncertain whether there will be any surprises on Wednesday, or whether he’ll move the needle on impeachment one week after the Democratic-controlled House for the first time considered articles against President Trump.

Here’s what to watch for.

In a nine-minute appearance before reporters on May 29, Mueller made it clear he sees his report as his testimony, and that he does not intend to stray outside its lines. He’s further reinforced this point by submitting a copy of the report as his written statement for the record.

The Justice Department in a letter on Monday told Mueller to limit his testimony to the four corners of his report, arguing that other discussions — such as talks about specific investigative steps or decisions — are covered by executive privilege.

Still, there isn’t much the Justice Department can do to prevent Mueller, now a private citizen, from answering questions outside the report.

And Democrats are certain to press him on everything from his assessment of Trump’s potential obstruction of justice in his investigation of Russia’s influence in the 2016 presidential election, to his private interactions with Attorney General William Barr about the public release of information from his probe.

Mueller is likely to dodge inquiries he views as inappropriate. He may offer one-word answers or possibly read sections from his report in response to lawmaker questions.

“He’s not going to volunteer any information,” predicted Glenn Kirschner, a former federal prosecutor who previously worked with Mueller. “I think the folks who are interested in getting truthful, accurate information from him may have to do a little tooth-pulling.”

How will Mueller’s hearing impact impeachment?

Mueller’s appearance on Capitol Hill could mark a turning point on impeachment.

Some pro-impeachment Democrats feel certain that if Mueller breathes life into his report through his testimony, public support for impeachment will grow and more House Democrats will back opening an inquiry.

But if the hearing falls flat, it could completely stymie the drive for impeachment.

Speaker Nancy Pelosi (D-Calif.) is opposed to impeachment and argues Democrats should focus on their oversight investigations into Trump’s conduct, as well as their court cases.

Even if the House approved articles of impeachment against Trump, it would take 67 votes in a Senate where Republicans hold a 53-47 majority to secure a conviction.

Some Democrats are skeptical Mueller will change minds, particularly at a time when many voters have already made a decision about the president.

“If the racist display by the president last week wasn’t enough to change attitudes, I don’t know that anything Bob Mueller has to say will,” House Intelligence Committee Chairman Adam Schiff (D-Calif.) told reporters Tuesday afternoon.

Republicans, who have sought to cast Democrats as obsessed with impeachment, see Wednesday as critical.

“Whether or not they impeach the president is going to be determined on Wednesday. It is no question they want to do it on the other side of the aisle, but Wednesday is their dress rehearsal for them to take this to Broadway,” a Republican aide to a Judiciary member said.

How does Trump react?

Trump has plenty of time to watch Mueller, and it’s almost impossible to believe he won’t be glued to cable news.

The president has nothing on his public schedule until a fundraiser in West Virginia on Wednesday evening. The possibility of presidential tweets during Mueller’s appearance is a real one.

Trump last week said he wasn’t planning to tune in to Mueller, only to change course Monday by saying he might watch “a little bit.” He has routinely attacked Mueller’s credibility, tweeting this week that the special counsel is “highly conflicted” and “should not be given another bite at the apple.”

While the hearing is unlikely to unearth never-before-seen details about the investigation, it could generate negative headlines for the White House as Democrats look to highlight unflattering details about the president’s conduct in Mueller’s report.

Are Democrats left satisfied — or frustrated?

Democrats are hanging a lot of hopes on Mueller’s testimony.

In addition to being a star witness, Democrats want Mueller to serve as a trusted voice who can educate the country about the 10 episodes of possible obstruction by Trump that he examined.

Most Democrats accept Mueller will stick to his pledge that he will not go beyond the four corners of his report, but they say that even then, if they are able to elicit answers from Mueller that cast a clear light on the president’s conduct, the hearing will be a success.

Drawing out new information, including gaining further insights into Mueller’s prosecutorial decisions, would be an added bonus.

Still, some Democrats have sought to temper expectations, noting that the hope of a big boom also brings the risk of a big bust. If Mueller’s responses are flat, Democrats run the risk that public interest will wane heading into the monthlong August recess.

How do the Republicans play it?

Republicans will zero in on the origins of the investigation, bringing up anti-Trump text messages exchanged by FBI officials who worked on the original Russia probe in 2016 and raising questions about the role played by the so-called Steele dossier containing salacious and unverified allegations about Trump’s ties to Russia.

It’s unclear whether GOP members will go after Mueller’s own credibility if the hearing becomes heated. Such attacks could prove difficult to land successfully, given that Mueller is a well-respected former FBI chief and a registered Republican.

Republicans may also seek to protest certain moves initiated by the Democrats, sparking what may turn into delays during the time-limited hearing.