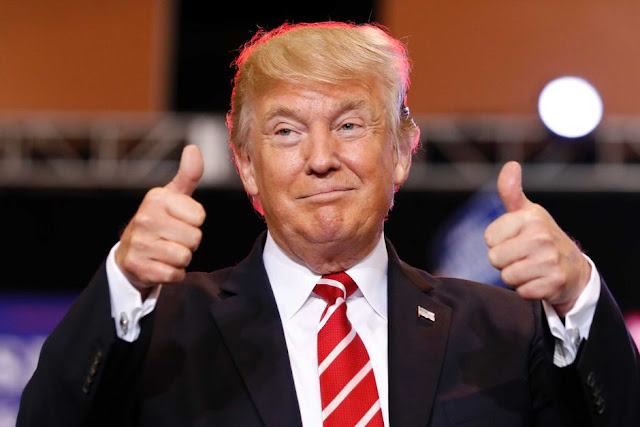 Progressives say Democrats could face backlash from their grassroots if they don’t impeach President Trump.

Former Senate Majority Leader Harry Reid (D-Nev.) is all in on starting the impeachment process.

American University’s Allan Lichtman, who has correctly predicted the last nine presidential elections, says “Democrats only have a shot at the White House if they begin impeachment proceedings against Trump.”

So what exactly has spurred Democrats new-found fervor to take out Trump ahead of the 2020 presidential election?

The Democrats will almost uniformly tell you the tipping point was former Special Counsel Robert Mueller’s 10-minute statement at the end May, where he implied that Trump might have committed obstruction of justice and that the only recourse for Democrats to hold Trump allegedly accountable would be to open an impeachment inquiry.

For those who didn’t read the 448-page Mueller report and who don’t follow politics like a shut-in living in their parents’ basement, Mueller didn’t offer any new facts about the investigation and fielded no questions at his May 29 press appearance.

On the issue of Trump-Russian collusion, Mueller said “there was insufficient evidence to charge a broader conspiracy.” In layman’s terms, there may have been a series of contacts between Russians and Trump officials but they are of “no great consequence” and “there is no evidence of a conspiracy, broad or narrow.” Further — forget Trump — “[t]he investigation did not identify evidence that any U.S. persons knowingly or intentionally coordinated with” Russia.

On the issue of obstruction of justice, Mueller stated that “if we had had confidence that the President clearly did not commit a crime, we would have said so.”

For those who are not experts in legalese, in America, a defendant is innocent until proven guilty and the burden of proof rests with the prosecution, not the defendant. In other words, it is not Trump’s job to prove his innocence. Further for those who truly hate the person currently residing at 1600 Pennsylvania Ave., Mueller does not present any proof of interference with either his investigation or the preceding FBI counterintelligence probe that spawned the Special Counsel. All Mueller provides Trump-haters on which to ruminate is a list of episodes where Trump “showed his exasperation, and bad judgment.” And for those who buy into Mueller’s argument about being barred from bringing federal charges against a sitting president because of Justice Department guidelines, recall that didn’t stop independent counsel Ken Starr from “outlin[ing] to Congress 11 possible grounds for impeachment” in 1998.

So how should we sum this up legally for the layperson? Mueller did not provide any obstruction of justice evidence as it relates to the investigation into Trump-Russia collusion, a crime that Trump did not commit. And if you want to be truly cynical about it, one could argue that it is pretty hard for Trump to obstruct an investigation into something that never happened.

But don’t tell this to the Democrats on Capitol Hill, many of whom are champing at the bit. They believe Mueller has given them enough to take down Trump and to overturn the abomination known as the 2016 presidential election once and for all. To that, I say roll the dice, because public opinion is overwhelmingly on Trump’s side.

According to a recent Monmouth University survey, 56 percent say Trump should not be impeached and compelled to leave office. Further, 52 percent in that same poll say Congress should move on to other issues now that the special counsel has concluded, an ominous sign concerning Mueller fatigue.

For those Democrats undaunted by the Monmouth University findings, the biggest dagger against impeachment comes from a recent Fox News survey. Only 33 percent of independents say Trump should be impeached.

Here’s why that matters. Despite Trump’s subpar approval numbers, 85 percent of Americans haven’t changed their minds about Trump since December 2016. And if the Democrats are to win the White House in 2020, they need to recapture those swing Obama-Trump voters they lost in 2016. Although Speaker Nancy Pelosi (D-Calif.) wants to see Trump “in prison,” it is clear on some level that she recognizes the dangers of moving forward with impeachment. The jury is still out on whether the rest of the House Democrats do.

For those keeping score at home, the House of Representatives has only impeached 19 individuals in the history of the Republic — 15 federal judges, one senator, one cabinet member, and two presidents (Andrew Johnson and Bill Clinton). And we all know how the Clinton impeachment turned out for Republicans; not only was he acquitted by the Democratic-controlled Senate on charges of perjury and obstruction of Justice, but Clinton’s approval rating jumped 10 points.

Sound familiar, given the current partisan breakdown in Congress, where Republicans are in control of the Senate? I know it rings a bell for Senate Majority Leader Mitch McConnell (R-Ky.), who is likely licking his chops at the prospects of a House impeachment.

Now I’m sure House Democrats over the course of the next few weeks and possibly even months will try their best to manipulate public opinion on impeachment in their favor by holding a series of made-for-TV show trials on the Muller report and whatever other Trump-centric controversies they can concoct. Apparently they intend to enlist former Nixon White House Counsel John Dean in their perpetual “Hate-Trump” circus.

But just think of what 10 points, or even half of that could do for Trump. Not only would he almost certainly be reelected, he might just become a candidate for a presidential monument in D.C. That would truly drive his detractors berserk beyond even Trump’s lifetime.